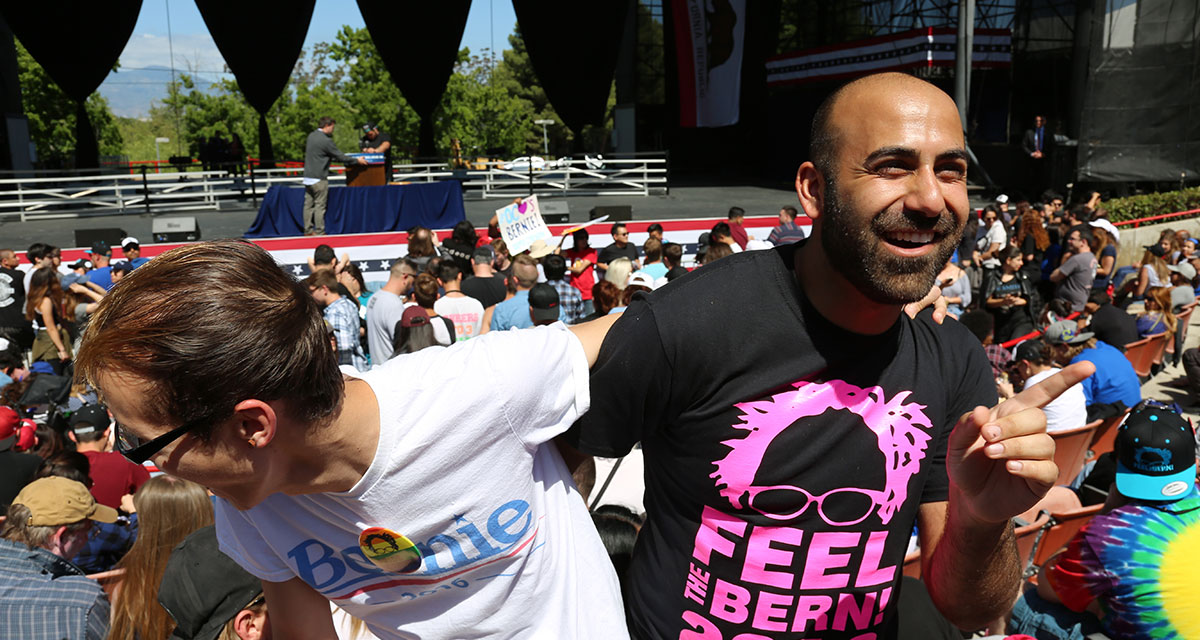 WASHINGTON — The Democratic National Committee released a public statement today, imploring Bernie Sanders supporters, pejoratively referred to as “Bernie Bros,” to refrain from participating in any actions that would further energize the party.

“This unbridled support for Bernie is a direct threat to our delicately outlined course of action,” DNC representative James Winderfield said while sporting an “I’m With Her” pin. “We’re just not prepared to handle that kind of reckless optimism this election. We much prefer a middle-of-the-road reaction like that from one of our more restrained candidates, like Al Gore, Hillary Clinton, and Joe Biden”

“Few people know this about the DNC, but we actually get overwhelmed very easily and tend to make some fairly embarrassing blunders as a result,” Winderfield added. “That’s exactly what happened in Iowa, at least. We’re still trying to figure out how apps work.”

Supporters of Sanders have been vocal about their eagerness to participate in the democratic process this year, despite efforts from the DNC to steer them towards alternative presidential hopefuls.

“Finally, there’s a candidate who inspires me to get involved in the political discourse… which I do by emphatically retweeting memes about nuanced issues,” said Mary Rosenburg, a registered Democrat. “There have been so many years where we were forced to choose between a bunch of vapid politicians with zero substance or personality. Bernie, on the other hand, is someone I can have 30 beers with, get rushed to the hospital for alcohol poisoning, and not pay a dime out of pocket. I just can’t wait to get my stomach pumped by medical professionals for free.”

Meanwhile, Republican strategists have gleefully sat back and watched as the DNC ineptly attempts to quell excitement over one of their own.

“The number-one enemy to a Democrat is a slightly more progressive Democrat,” GOP strategist Phil Darrelson cackled. “Most of the time, our entire political strategy involves letting liberals fight amongst themselves until they fizzle out and make incompetent decisions, and then we swoop in and take whatever we want. It works every time — by the time Democrats get their act together, we’ll have already secured several more Supreme Court Justice picks. Can’t believe how easy it is.”

At press time, DNC representatives were seen undercover at a Tom Steyer rally, passing out bumper stickers that read, “Any Functioning Adult (Except Bernie) 2020.”