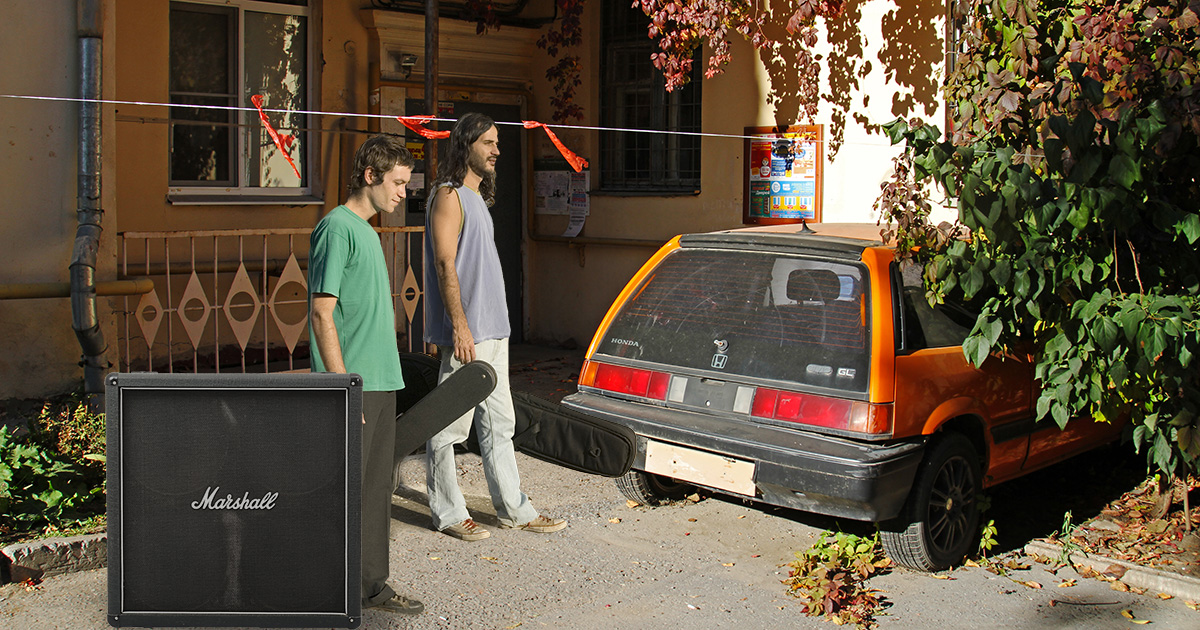 LOS ANGELES — Upstairs neighbor and generally lame dude Thomas Gordon reduced the size of famed local DIY venue The Shit House by half last night after parking his car in the venue’s driveway, according to sources.

“I came home from work and my neighbor Jeff [Matthews] just kinda started running towards my car while shouting about someone named Gigi Allen,” said Gordon. “I didn’t even realize until tonight that this was a music venue — I thought maybe it was some sort of weekly costume party where they use power tools. Apparently they’ve been making those noises on purpose. But at least now I know why people keep asking me for a donation of one non-perishable food item when I go in through the side door.”

Attending punks reported that The Shit House’s promoter Jeff “The Stink” Matthews was pacing around the venue and punching the air as Gordon pulled his car up.

“This is such bullshit. I’m gonna fight that car,” said Matthews. “Not just Thomas, but his stupid fucking clean car as well. He doesn’t even have loose receipts or cans rolling around in his passenger seat. This is just like the time my step-mom came over and decided to clean the bathroom — you can’t run a DIY space with a clean bathroom, Janice! I’ve had it up to here with this guy coming in and treating the place like he lives here.”

While the parked car was a nuisance to some, others were relieved by the venue’s size reduction.

“When I first saw the place, I was worried that maybe I’d made it big by how much crowd space the venue had,” said Coke Brothers frontwoman Gretch Stevens. “So you can only imagine how relieved I was when I saw a 2008 Honda Civic park in what was a mosh pit 40 minutes earlier. If it turned out I was playing a large venue, I don’t think I could ever show my face around the scene again. Nothing is more of a career killer around here than a career.”

The Shit House will be hosting its annual eviction show at the end of the month.