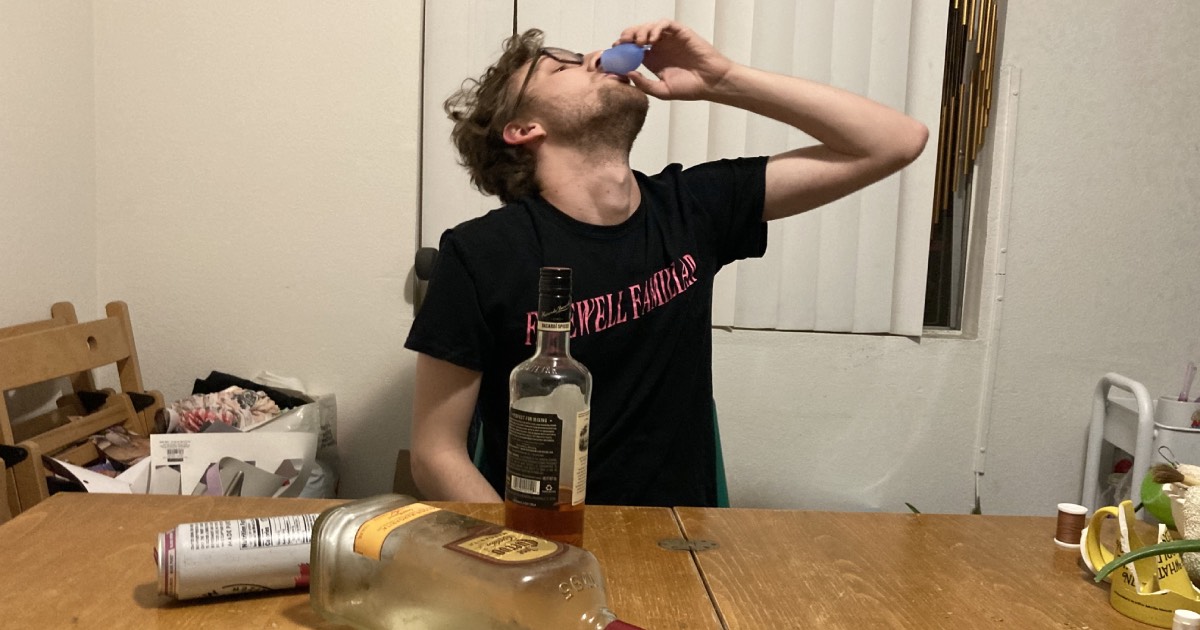 “In all honesty, knowing now that it was a menstrual cup gives a lot of context to what happened last night,” mumbled a dangerously hungover Alan. “I can really only remember three things: throwing up on my girlfriend’s vintage Sailor Moon figurine, falling while trying to take my basketball shorts off, and the vodka tasting sort of like pennies. I’m mostly embarrassed, because my girlfriend told me what I did by saying that this was the closest I’ve ever gotten to eating her out. Like, she’s not wrong, but like, harsh, man.”

“Yeah, although this is a new level of dumbassery for Dylan, it’s not even the dumbest thing a boyfriend of mine has done with my menstrual products,” confessed an exhausted Thompson. “One time I came home to three of my heavy flow pads just stuck to the bathroom wall because the guy I was seeing ‘just wanted to see how sticky they are,’ and a couple years ago all my tampons went missing because my ex was using them to boof moonshine. I actually met Dylan at his funeral. I guess everything comes full circle.”

However, bartender and roommate of the pair Chett Lin was inspired by the events.

“When I came into the living room in the morning and saw the overturned bottle of Mr. Boston next to Alexa’s rust-stained period cup, something just clicked,” exclaimed Lin while coming down from a coke bender. “I was like, that’s it, that’s my next big hit! Fernand Petiot can suck it! His bloody Mary doesn’t even use blood — this will be the Bloodiest Mary. But this shit’s real! I could use my friend’s recycled Diva Cup blood and everything. God, this shit’s gonna taste so weird. Fuck, I weild so much power.”

Lin’s recipe for the Bloodiest Mary can be found in the comments section of an old upload of “It’s Alive With Brad Leone” on YouTube.