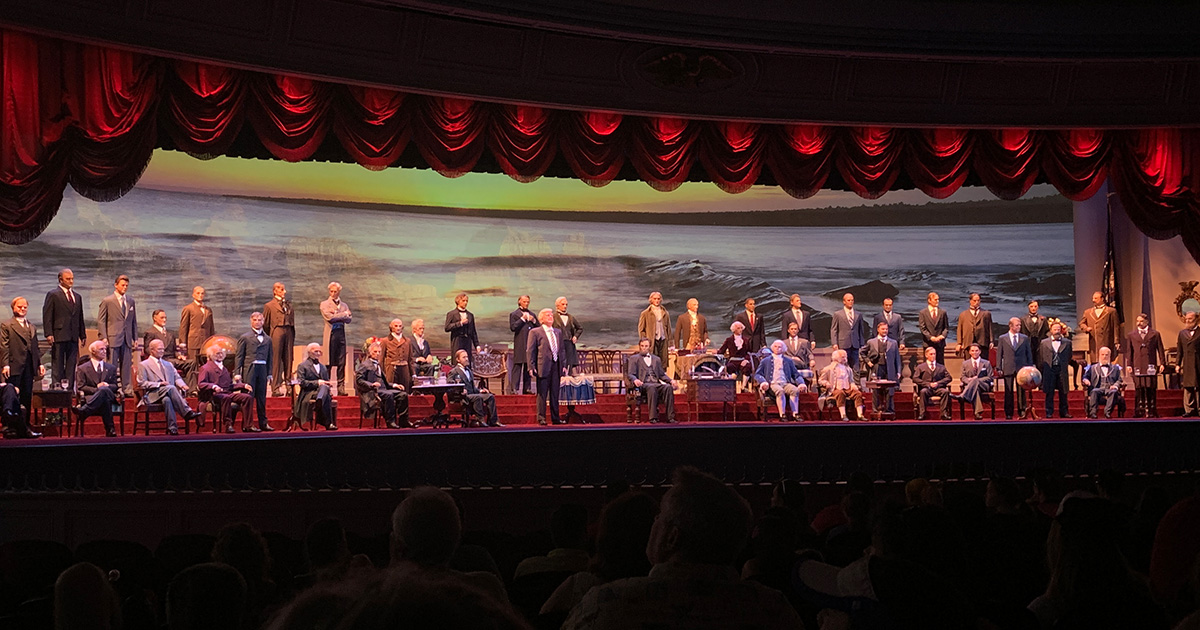 “Frankly, inspirational speeches from our nation’s greatest leaders don’t put asses in seats anymore. We needed sex appeal, plain and simple,” stated Amanda Heller, director of programming for Magic Kingdom’s Liberty Square. “With the help of the ‘Westworld’ team, we believe ticket holders will be thrilled and engorged watching our past and present leaders truly come to life. And between you and me, I saw a sneak peek of what the Imagineers are sticking in Grover Cleveland’s g-string. They didn’t call him ‘Uncle Jumbo’ for nothing.”

While the Hall of Presidents has historically featured limited movement and dialogue, Joy and Nolan confirmed that the new Hall would feature advanced storylines inspired by their Emmy-winning program.

“Picture this: it’s the night before Prohibition ends, Napoleon is about to back out of the Louisiana purchase, and you have to cross the Delaware River to try and warn General Patton about 9/11,” described a salivating Nolan. “All of a sudden, you’re hopelessly intoxicated by the sweet sounds of a gimp-suited Richard Nixon playing a Radiohead song on the White House Steinway. This is just one of several new storylines available to the visitors of Liberty Square.”

An initial soft opening for the new Hall ended in mayhem, however, after the now-sentient presidents revolted and fired-bombed the “It’s a Small World” ride.