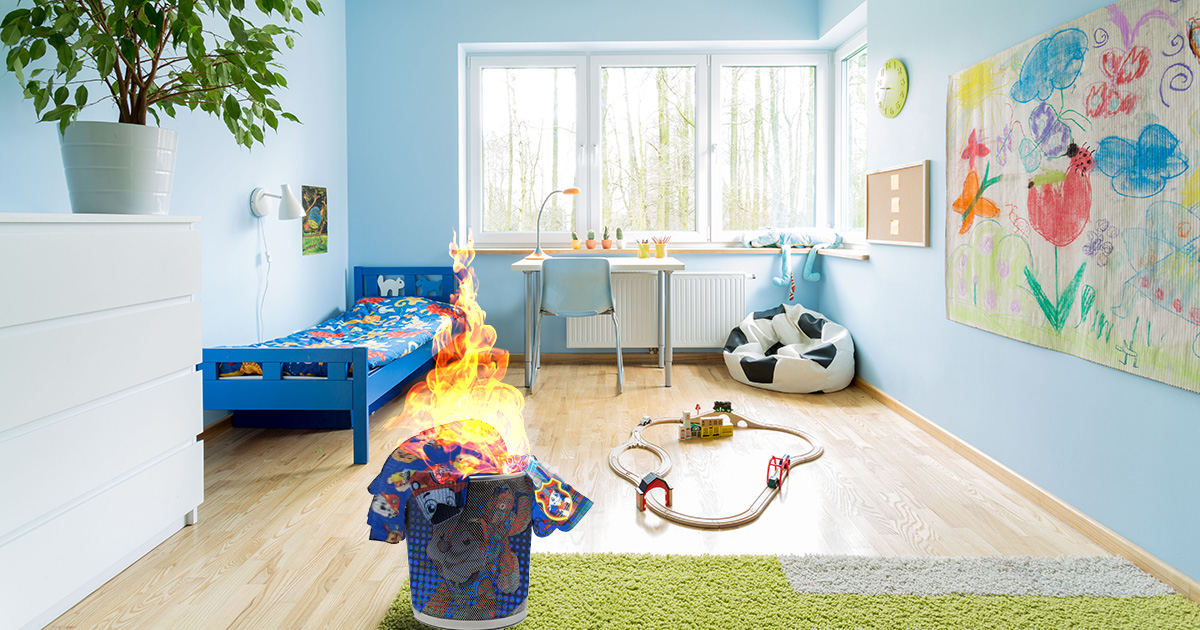 “If we don’t make a change in this country, these genocidal cops will have free reign over our brothers and sisters,” said Orosco, lighting a joint with the crackling flames of his pajamas. “I couldn’t stand seeing myself every night, before sleepy time, wearing the badges and regalia of this fucked up establishment. I had to do something. I don’t give a fuck if they’re not real — all cops are bastards, all of them. You can’t cut any corners on cutting them all down to size.”

“Last week I started ditching diapers, this week I learned about responses to police brutality, and I think I nailed that lesson before I even learned how to shit in the toilet. Any half-wit paying attention to the news and the history of this country can figure it out: Chase is on the case of a flagrant abuse of power,” he added.

Orosco’s parents and “comrades in the cause” had just finished their nightly routine of milk, lullabies, and bedtime stories, when they noticed smoke coming from his room around 2 a.m.

“TJ is only a few years old, but it didn’t take him long to understand the level of injustice our black community faces. My aunt Joanne is pushing 60 and she’s still just weirdly focused on a Target that’s not even in her town,” said Orosco’s father, Tim, also known around the home as ‘da-da.’ “We barely finished teaching him shapes and colors and next thing we know he’s walking around the living room quoting Fannie Lou Hamer while the news plays behind him, then later burning his ‘Paw Patrol’ pajamas to ‘Fuck the Police’ while shouting ‘Solve this case, bastard cop!’”

According to his parents, Timmy Jr. has displayed subversive tendencies in the past.

“Besides his conspiracy theories about his daycare teacher, Timmy Jr. has a strange knack for spotting escape routes, hiding weapons in his shirt, and filming us whenever we try to punish him, so I’m not too surprised to see him getting so involved,” said Orosco’s mother, Belinda. “Whenever the puppies on ‘Paw Patrol’ say, ‘These paws uphold the laws!’ I hear Timmy Jr. screaming at the TV, ‘Shut your fucking mouths, hacks! Fuck 12!’ He’s even committed to donating his future allowance to bail funds, and promises to brush his teeth every night.”

Further statements were halted when Timmy Jr. began crying and reaching for his sippy cup.