Depressed Audience Unwilling to Give it Up for Themselves 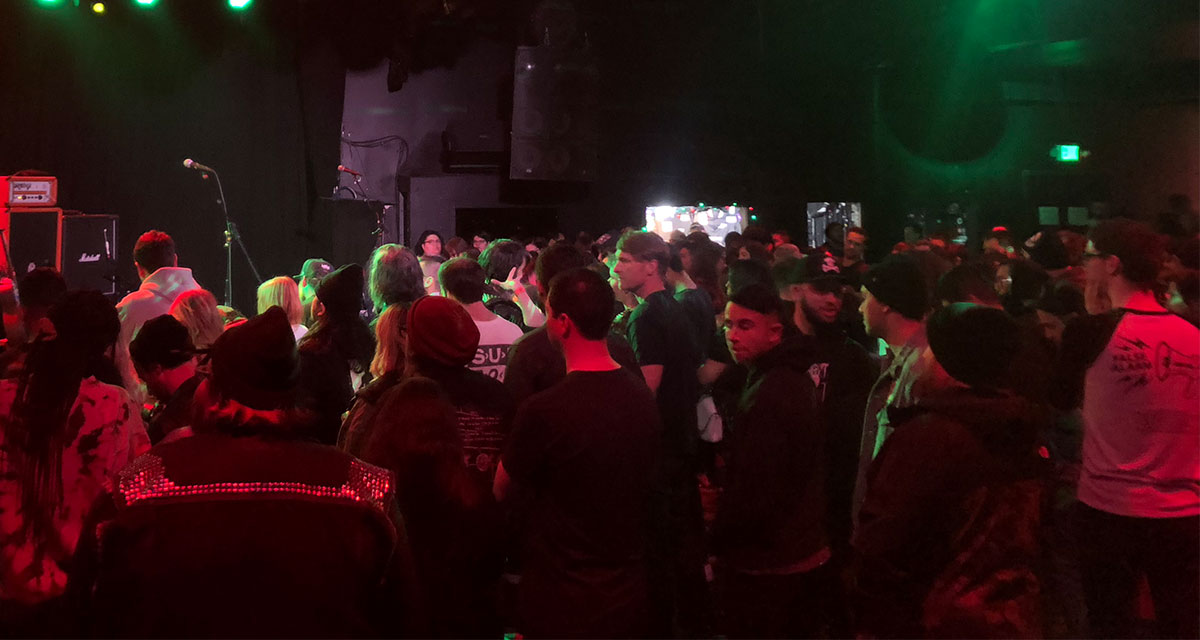 ELKTON, Md. — The audience at Saturday night’s The Foothold Precinct show proved to be physically unable and unwilling to give it up for themselves when prompted by the pop-punk headliner, despondent sources confirmed.

“Honestly, what’s the point of clapping? They’re lucky I was even able to drag myself out here tonight. This is the first time I’ve gone out in public other than going to work, and I guess I just don’t want to be anyone’s monkey. I didn’t realize that was a crime,” said sweatpants clad audience member Tyler Helix. “Also, I think my ex is here — I’ve been scrolling her feed all week and saw she posted some stories about coming out tonight. I really don’t want to see her, especially if she’s with Nathan. This is a dumb waste of time.”

Helix wasn’t the only self-loathing onlooker at the show, an event he described as “actually really good even though that whole thing was really weird.”

“I mean, they had a really cool sound, don’t get me wrong,” said Cassandra Cowherd while sitting on a couch in the back of the venue eating a pint of ice cream. “But it was just so loud. The lights were annoying, the people in front of me were too tall… I’m ready to be home under my covers. I just hope nobody tries to talk to me on my way out.”

For their part, The Foothold Precinct continued on with their set despite the ambivalent reaction.

“Yeah… that was weird. I’ve been to funerals with a better vibe than this. Normally people just like making some noise, but not this crowd. Usually that’s the easiest way to get the audience to engage in the show: even if you don’t like us, you should at least like yourself,” said guitarist Kyle Jarrs. “It threw me off so much, the rest of the show, my mind was racing trying to explain it. Eventually I told the guys we shouldn’t play tonight and that nobody in this city ever likes us.”

The band ultimately decided to scrap their cover of “Adam’s Song” for the next show.