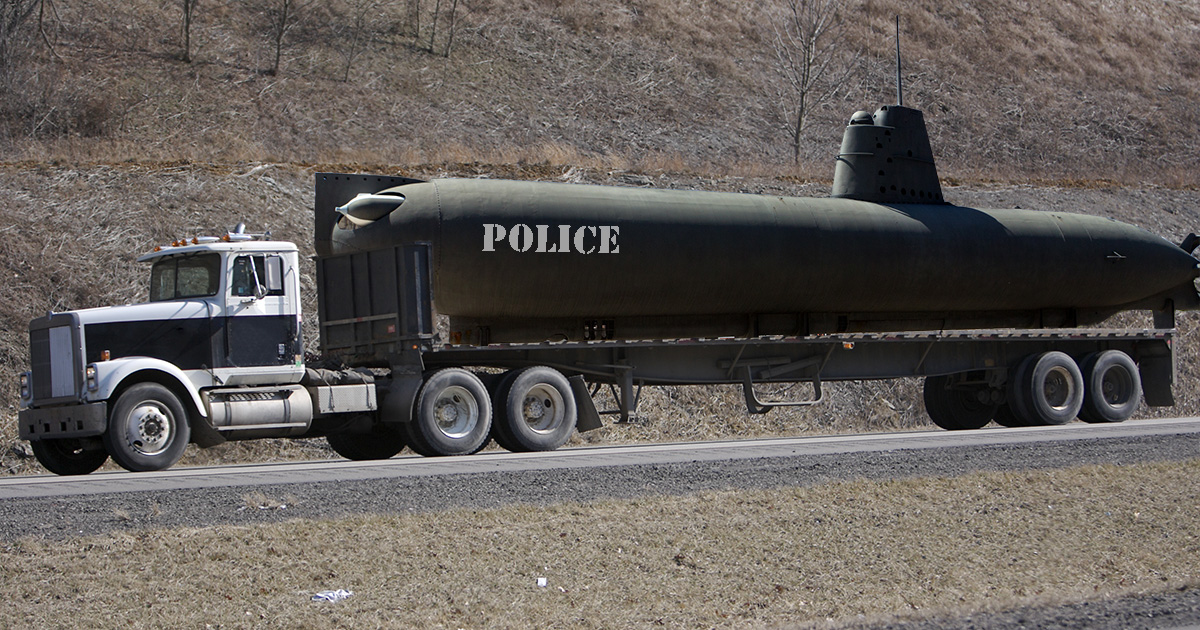 “You really know the world is in a sad state when a bunch of antifa thugs and PC fascists can strong-arm hard-working, red-blooded citizens like myself out of our constitutional right to nuclear-powered police tactics,” said Kalispell Police Chief Doug Overman while tearfully folding an American flag. “My officers put their lives on the line every day, and this is the thanks they get? Without our beloved submarine ‘Ol’ Blasty,’ all we’ve got to keep this town safe are our six tanks, three Apache helicopters, a fleet of exploding jet skis, and that Bengal tiger we bought from the Nepalese government. I tell you, things in this town are gonna go straight to hell.”

“Look, I’m completely in favor of responsible policing, but with everything that’s been going on around the country, we really need to cover our asses,” said Williamson. “We only approved the submarine in the first place to show up those jerks in Missoula after they bought their police a giant steampunk tarantula, so selling the damn thing off just makes sense.”

Local activist Rebecca Ransel expressed support for the defunding of the Kalispell PD.

“The city never should have bought this stupid thing in the first place. We’re over 500 miles from the nearest ocean — no one is launching naval attacks against us!” Ransel stated. “I tried to bring this up at a city budget meeting like, three years ago, and they just ignored me, saying, ‘But what if the communists invade?’ It’s not like the cops even use the submarine anyway — all day it just sits in Flathead Lake, like a big fucking middle finger to my tax dollars.”

At press time, “Ol’ Blasty” was being scrapped for parts while Kalispell police performed a 21-gun salute in honor of their fallen comrade.