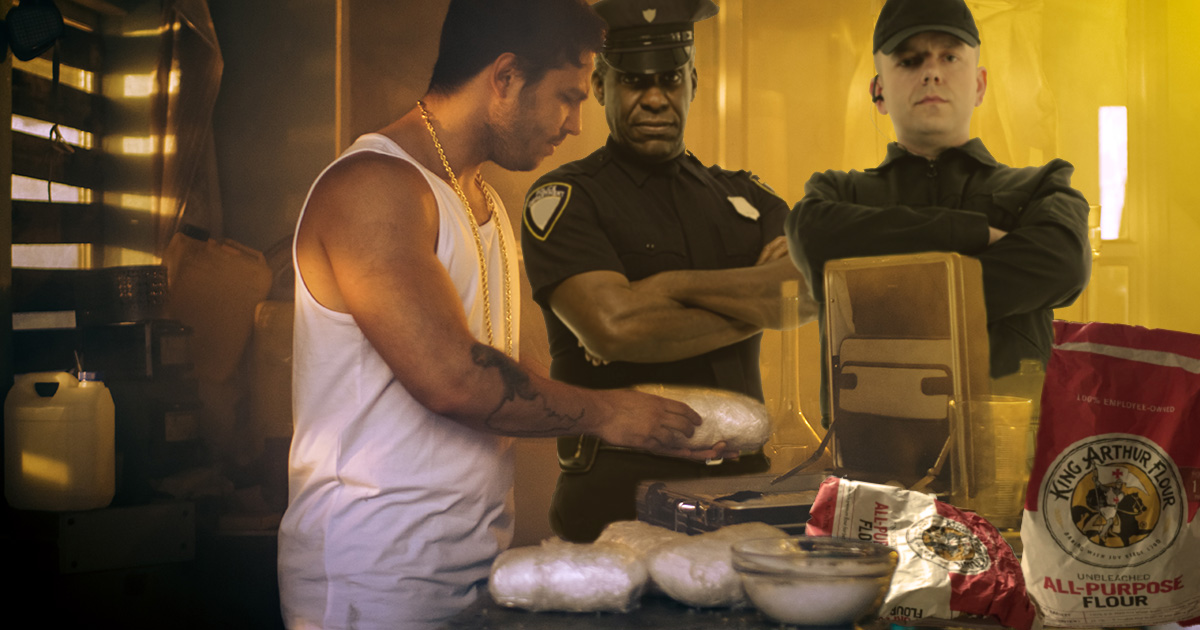 RALEIGH, N.C — The recently defunded Raleigh Police Department has left officers with no choice but to cut their diminished stashes of cocaine, saved to plant on innocent suspects, with all-purpose baking flour over more costly cutting agents.

“This situation is less than ideal for sure, but the department is ready to tighten our belts. If mixing our reserve of false arrest blow with flour, baby powder, or even fireplace ashes is what we have to do to stretch it out as long as we can, we’ll do it,” said Sgt. Andrew Marconi, while turning off his body cam. “But these budget cuts make it hard to do our job properly. We’re supposed to keep dangerous, drug-dealing criminals off the street — how can we do that without being able to provide adequate evidence that will make it seem like they are dangerous, drug-dealing criminals?”

“Some of the guys have talked about buying their own laundry detergent to cut this stuff up the right way. Can you imagine that?” he added. “Having to fund work purchases from your own pocket? Seems inhumane.”

As a response to growing calls for a reallocation of police funds, Raleigh city government has worked quickly to try and find a solution that appeals to both law enforcement and civilians.

“We knew going in that there wasn’t going to be an easy solution to this. But it’s wild there’s even a budget for this bullshit,” reported City Councilmember and Chairperson of the Economic Development committee, Lydia Biggums. “We were hoping to remove some of the paramilitary riot gear and weapons from the force and reinvest in better training or mental health, but honestly, at this point, we’ll take whatever we can fucking get.”

Changes in policies to step on narcotic substances is just one of the areas in which the department is feeling the budgetary strain.

“It’s not just the cocaine — in the last week alone, we’ve had to let go of several of our best officers at mishandling evidence,” admitted frustrated City Manager Davis Wilton. “I don’t know who they expect to delete security footage, file serial numbers off guns, or shred domestic violence records now. We have some city hall interns handling that for now, but a permanent solution is still pretty far away.”