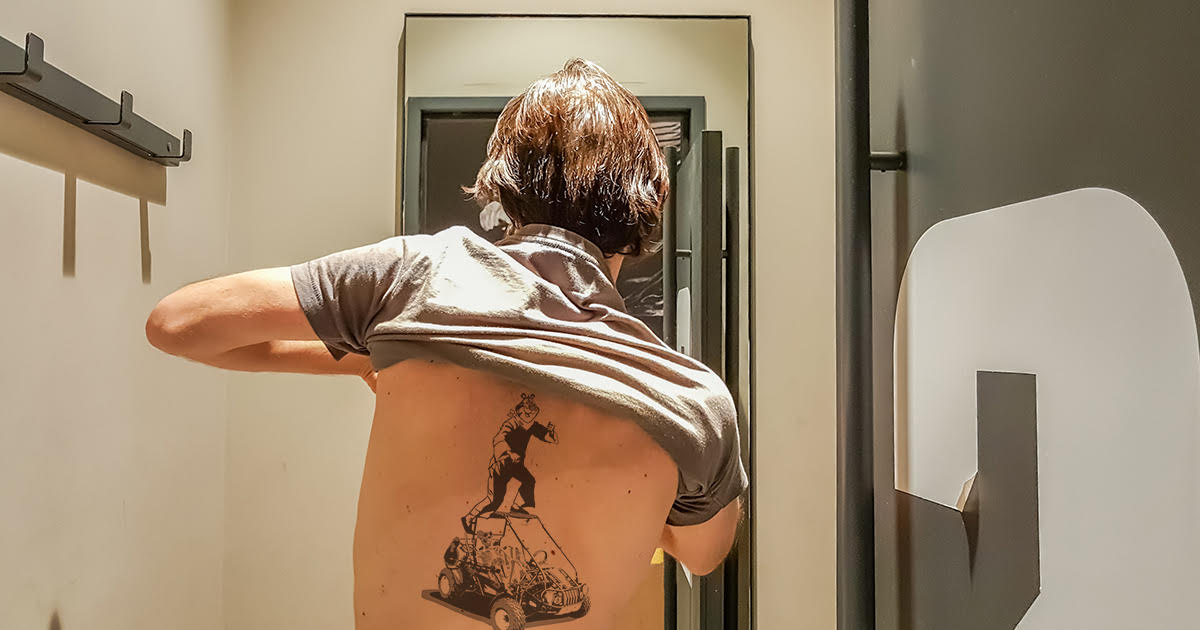 “It’s not hard to understand: the skeleton in the dune buggy shooting a flaming crossbow represents how we’re all moving forward to the grave. The Bruce Lee with the body of Tony the Tiger symbolizes how, like… we’re all, uhh… you know. Cogs in a machine? And that’s always what it meant. I mean, obviously, right?” said Williams. “My tattoos are basically the story of me. If you can’t figure out why the skeleton is saying, ‘Where’s the beef?’ to a gangsta Spongebob, then you don’t get me.”

Friend and person sick of Williams’ bullshit Manny Wilkinson has seen firsthand how the tattoo has changed through the years.

“At this point, the story behind the tat is more complicated than anything George R.R. Martin could ever dream up. And if a girl asks him about the tattoo and he starts going off, you can basically kiss your own chances of getting laid goodbye,” said Wilkinson. “That ugly tattoo has symbolized everything from how much he hates his dad, to how much he loves him, to his feelings on MLB adding instant replay. One time at a karaoke bar, he claimed the tattoo was about how much he loved the song ‘99 Luftballons,’ but then said that wasn’t canon after he sobered up.”

“Oh, yeah, I see this crap all the time. Some dumbass kid who just turned 18 has a ‘unique’ idea for a tattoo, or some frat boys get an inside joke on their calfs,” said Khan. “I don’t have the heart to tell them their ideas are dumb and they will definitely regret it. Plus, I like money, so…”

At press time, Williams was no longer claiming his complicated tattoo partially symbolizes his Irish heritage, after a DNA test proved he is actually Scottish and Italian.