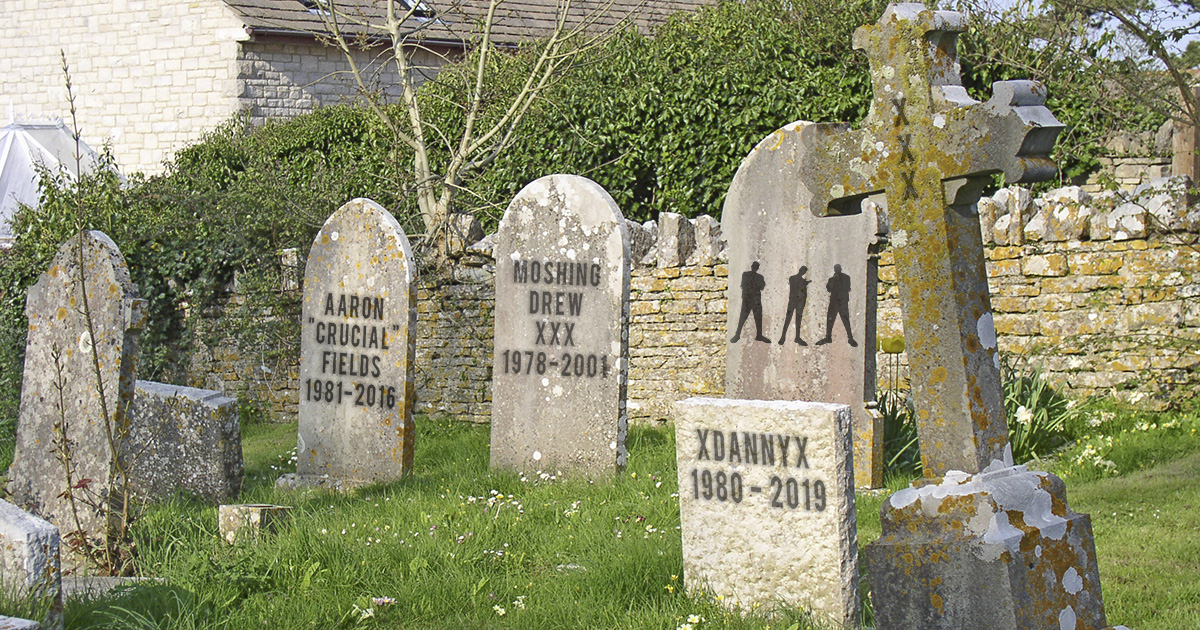 NORFOLK, Va. — The Virginia straight edge scene is split today after a controversial ruling left recently deceased member Daniel Vitberg unable to be buried in the community cemetery, due to his lack of tattoos denoting his commitment to a militantly sober lifestyle.

Though some in the newer straight edge generation regard this practice as archaic, more orthodox sects see permanently decorating every available area of forearm skin as a hallowed and revered part of the culture.

“We tried to convince Danny to get two enormous black Xs on his hands, something subtle like that. But he just wouldn’t listen to us,” recalled Carson Ives, frontman for FISHxHOOK, the influential Virginia hardcore band of which Vitberg was a founding member. “Looking back, I wish we pushed him harder. Do you think I wanted to get this tattoo of an eagle holding a banner that says ‘POISON FREE’ in its talons? Of course not. But I did it because it’s tradition.”

While most other scenes have updated their interment regulations, some local communities still hold the traditions in high regard.

“Yeah, those punks really don’t fuck around with those rules,” recalled Theo Manuszak, sexton and groundskeeper for the burial ground. “Every one of these fuckers has some corny-ass lighthouse inscribed with ‘Stay True’ or some Earth Crisis lyrics. There’s for sure some dumb ones in here, but they all have at least one tattoo. It always seemed silly to me… but it’s not really a culture I want to be a part of.”

Virginia straight edge scene members are also petitioning local government officials to have all edge breakers be buried in shallow, unmarked graves, where nobody could ever mourn them — or at the very least, have each one of their tombstones marked with the words, “Sellout Scum.”