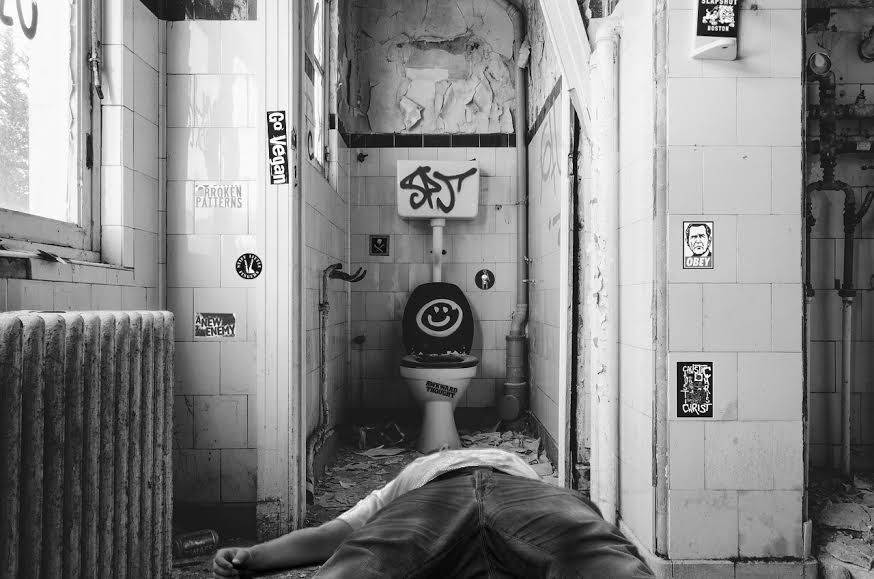 HARTFORD, Conn. — The rapidly rotting corpse of an unidentified man, pieces of which are now strewn across the bathroom floor of local DIY punk venue Hell’s Hideout, has gone unnoticed for the fourth consecutive week.

The bathroom, which is covered in graffiti, band stickers, and human excrement, is only used in emergency situations due to the venue’s history of poor maintenance and outright neglect.

“I always time my poops out far in advance of a show, so the last time I was actually in there was maybe 2007,” said Hell’s Hideout regular Amanda Block. “I got smashed in the nose and figured I could go in there and grab some toilet paper to stop the bleeding, but some asshole had taken a piss on the toilet paper roll so I had to just use one of my socks. Even though my nose was broken the smell of that bathroom still sticks with me.”

Hell’s Hideout manager Jason Cook almost made the gruesome discovery of the painful life tragically taken too soon, but instead was distracted by something even more horrifying.

“I was doing my monthly rounds of sweeping up and I looked in the bathroom and said to myself ‘Oh hells bells someone put paper towels in the fucking toilet again.’ That stuff wreaks havoc on the pipes. I don’t want to have to call a plumber. I should just board this thing up. People can piss outside,” said Cook from the bathroom, as he stepped over what was once a human being with hopes and dreams, to point out where the paper towels had been disposed of.

City Health Inspector Clancy Yates has declared he will not be inspecting the venue anytime soon.

“Listen, I went to see 100 Demons there when I was a teenager and the smell from that bathroom is something I will never forget. As long as they don’t plan on serving food they can do whatever they want in there. That bathroom smells like two skunks fucked each other’s dicks off,” said Yates.