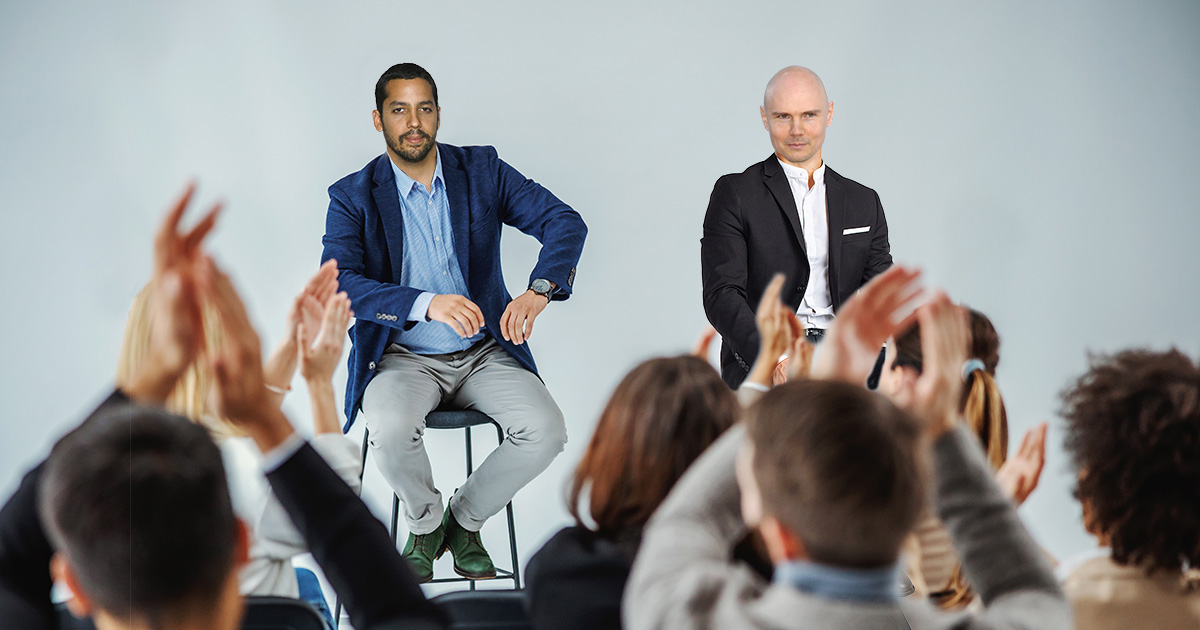 “I’ve done dangerous performances in my career, from catching a bullet with my mouth to literally depriving myself of oxygen live on Oprah, but being in the same room with Mr. Corgan is the closest I am to killing myself,” said the visibly traumatized Blaine on his mid-stunt toilet break, right after Corgan asked for his opinion on Maoism in America. “We’re six hours in, and he spent two hours pitching me on wrestling the Hardy Boyz on TNA, and another four ranting about his theory that Biden’s dog was actually a shapeshifting Nancy Pelosi. It’s like being waterboarded with bullshit.”

Blaine’s agent Eliza Hunchworth said she felt guilty about putting Blaine through the endurance act, but admitted that their options were limited.

“We’re aware of the excruciating mental torture we put him through with the event, but we’re on a budget. For this stunt, all we need is a small room, two chairs, and printed out 3-star reviews of all Pumpkins albums to essentially turn the space into a gas chamber,” said Hunchworth. “Now we just need to figure out how to get Blaine into the business of YouTubers and B-list celebrities punching each other for a shitload of money.”

Corgan said he was delighted to be in the same room with Blaine, and claimed the event was a meeting of two “adrenaline junkies.”

“Thrill seeking daredevils like us get our fix by doing courageous acts; he buried himself alive for seven days straight, and I went to podcasts fighting leftist propaganda and female bass players. We’re not so different after all,” said Corgan, whose phone wallpaper is a photo of himself with full hair. “I’ve been into philanthropy recently, and this stunt made me realize that the best way for me to make the world better is to spend my valuable time letting people listen to my opinions. Who says we libertarians are all selfish pricks?”

As of press time, Blaine was criticized by several women for “not even doing magic at all” by merely subjecting himself to the unsolicited rantings of a single opinionated man.