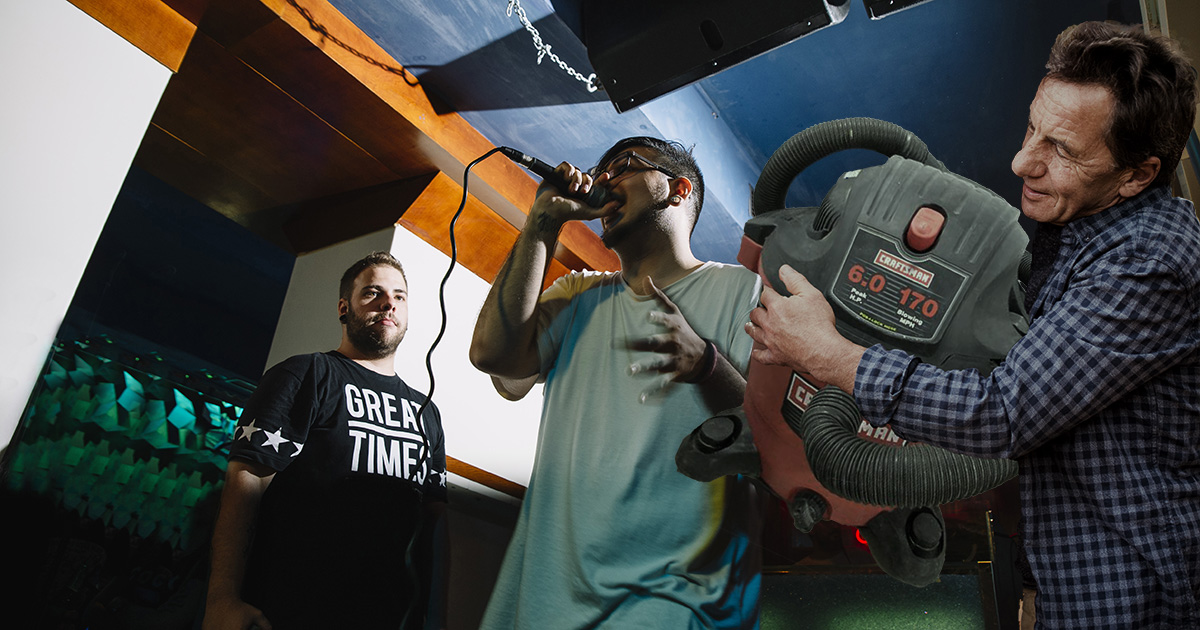 “That was probably the best show I’ve ever been to. Seriously, as soon as Submarine Loggins played the first chord of ‘Dick Inspection,’ I was floored,” said noticeably inebriated show attendee Kurt Foster. “But then, right in the middle of their set, some old guy in a Jimmy Buffett-looking polo stopped everything and took some weird trash can out from behind the drum kit. It really threw off the whole vibe. It was still a great show, but that part seemed unnecessary… and like it probably could have waited.”

Mr. Stinson explained his decision to temporarily stall the sure-to-be-historic show to retrieve the appliance.

“Whenever the kids put on their music concerts, I try to stay out of it. I’m hip. I know nobody wants their dad being a ‘poser’ or whatever,” said Stinson. “But I was cleaning up in the garage after breaking in this new belt sander that I got when I realized I left my trusty shop-vac downstairs. I guess I could’ve used the push broom to sweep all of the sawdust outside, but, you know what they say: do you want it done fast, or do you want it done right?”

Davy “First Mate” Klein, guitarist of Submarine Loggins, did not seem phased by the elder Stinson’s decision to retrieve his appliance mid-show.

“This is not at all the strangest dad-interruption we’ve had on tour,” Klein recalled. “Earlier this year, a dad broke in on a garage show we played to check if he put the rake back. And just last week, another one stopped us mid-song and asked us if we’d help him move a dresser upstairs… which of course, we did. You always have to remember who’s floor you’re crashing on later.”

At press time, Stinson had once again descended into the basement to ask if any of the show attendees knew how to reset the WiFi password.