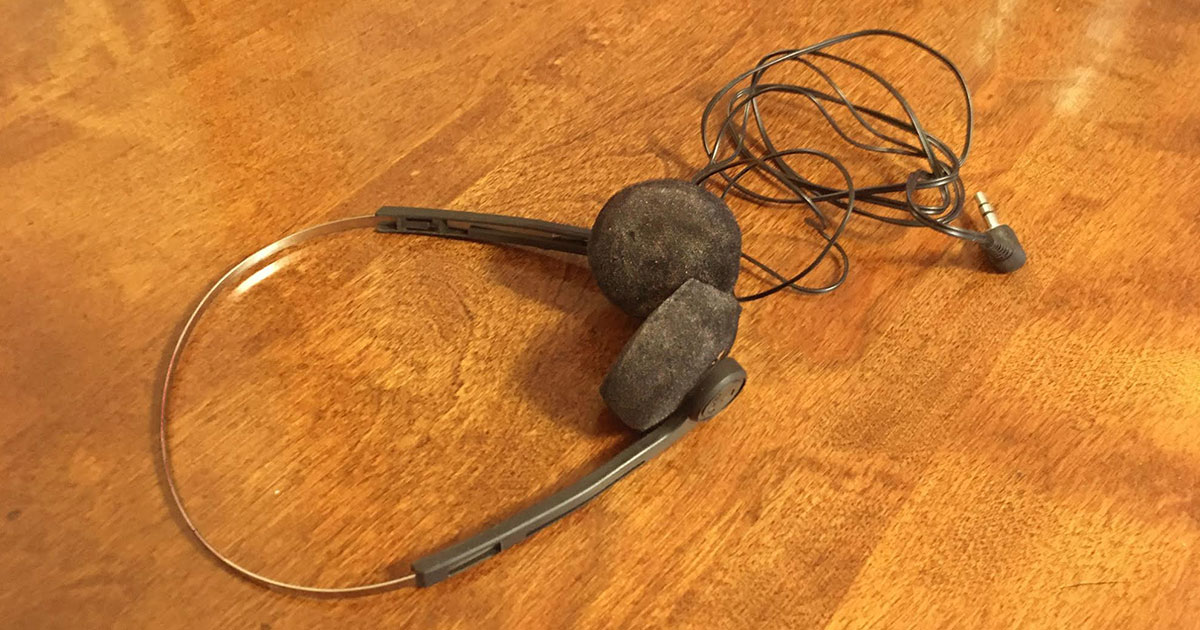 HOMETOWN, Ill. — After hearing you forgot to pack your earbuds for a recent trip home, the crusty, old pair of headphones you left in your room back in high school look “perfectly fine,” according to an encouraging new report from your dad, who made the discovery earlier this week.

Though no other sources could corroborate his findings, your dad announced, “Yep, nothing wrong with them at all,” holding the personal listening device that likely came packaged with another machine that pre-dated portable MP3 players.

“These are from a time when headphone speakers were customarily wrapped in a thin layer of molded foam and worn outside of the auditory canal,” explained Jeremy Cameron-Buré, personal audio historian at the Brooklyn Institute of Ethnomusicology. “Apparently, this set was worn while mowing the lawn or some similarly sweaty task, perhaps while listening to Bad Religion’s 1993 album Recipe For Hate.”

The foam headphone covers, once soft and spongy, now have a white, crusty texture which, according to your dad, “shouldn’t affect them much,” despite having been moistened with perspiration and left to dry in some drawer where mold spores were present.

The headphones, attached to each other by a metal band with some kind of telescoping mechanism to accommodate users with wide heads, now come with a consumer advocate warning that this feature can violently yank hairs out of the user’s scalp if he or she fails to sit perfectly still while wearing the device.

Reports show your sister did remember to pack earbuds and considered loaning them to you, but she has allegedly withdrawn her offer, fearing you might get “some kind of crud” all over her set. Meanwhile, your dad maintains that using these headphones for a few days “won’t kill you.”

While there are multiple stores nearby where new headphones can be purchased, meteorologists report you will need to clear several inches of snow that fell overnight before driving anywhere. According to your sister, spending an hour outside shoveling in silence could pose a severe mental health risk. “You’ll lose your mind,” she said, adding, “You’re just destined to put this thing on your head.”