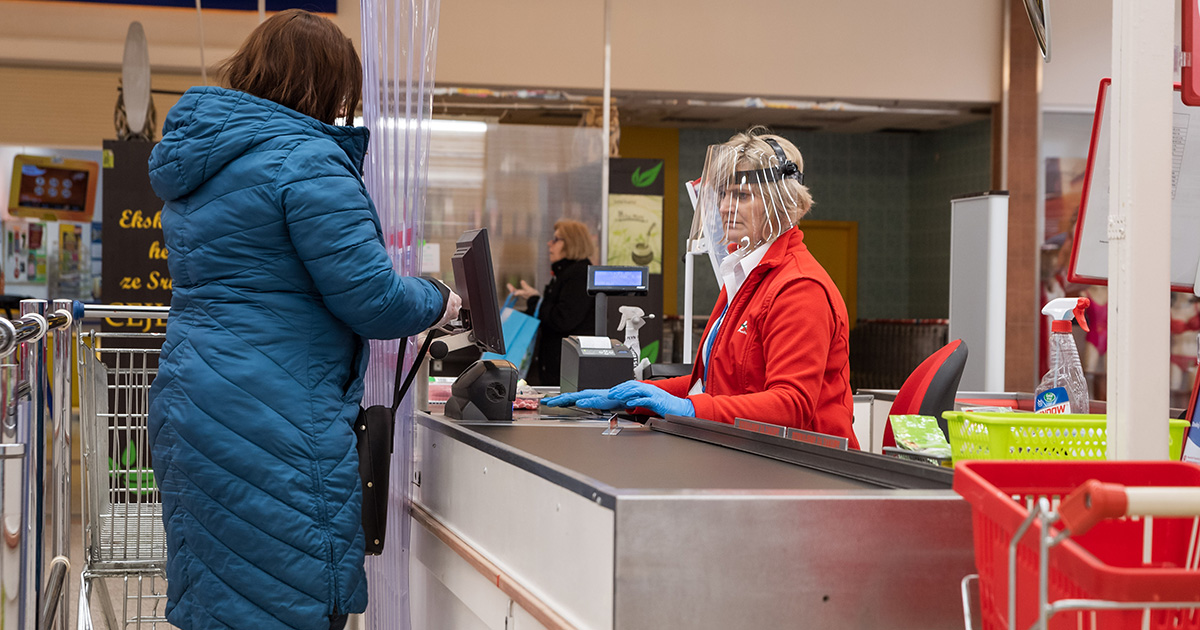 SACRAMENTO, Calif. — A grocery store cashier and shopper wordlessly agreed moments ago to re-negotiate an overcharge on bulk beans after the Coronavirus pandemic has passed, both parties confirmed separately.

“When I mentioned the price, I saw how haggard and haunted [the cashier] was. I didn’t have it in me to bug her, even if I did pay an extra $3 for this bag of dry lentils. I’m a good person,” said aggrieved shopper Kira Cardoza, who was frustrated by the overcharge but also “weirdly aware of my own power in that moment, and ultimately, humbled by it.” “But as we locked eyes, I almost heard a voice, saying, ‘Let us agree to take this up again in better times, my worthy opponent.’ So, I’ll wait. If it takes a whole year or more, I will not forget about these beans.”

Customer Skyler Evans observed the incident from six feet away and said other nearby shoppers began to sigh and groan “like a fuckin’ shockwave” before being pleasantly surprised by what followed.

“We had to wait to get in; now we’re gonna be stuck while ‘Karen’ has her moment. But then, something magical happened… they looked at each other and seemed to come to a solemn agreement about something. The air was like, crackling,” Evans recalled. “They finished up with no problems and parted ways. The intensity of that interaction was the closest I’ve gotten to sex in over a month.”

Exhausted cashier Alexis Pearson said that she had all the bulk codes memorized “a lifetime ago,” but that the cashier she used to be is “now gone, no more than a memory from more simple times.”

“My 10 minute break is almost over,” she said, before applying the cloth mask she was asked to make and supply for herself.

Asked if he planned to honor the unspoken commitment to discuss the overcharge with Cardoza at a later date, Pearson said, “Of course, as long as she remembers to bring the receipt, which I indicated clearly when I blinked once. I’m starting to get really good at communicating with just my eyes because of the whole face mask thing.”