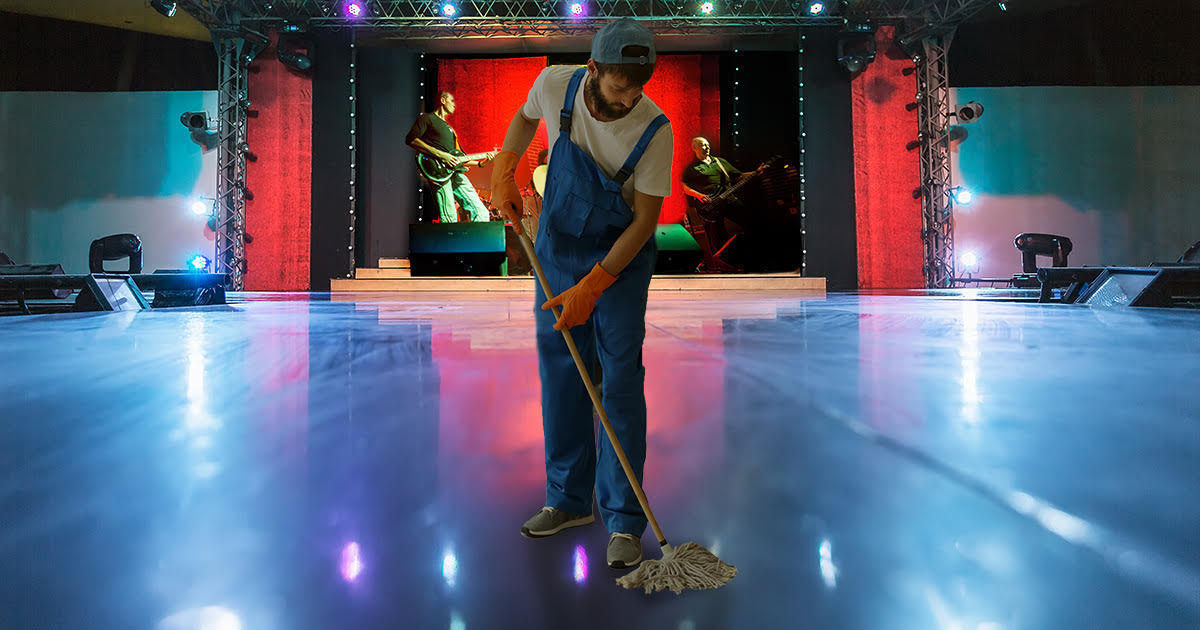 DALLAS — Hardworking custodian Chuck O’Gallagher was interrupted while finishing his shift late last night by members of local punk band Wet Socks, who came out for a surprise encore after their set.

“I finished picking up all the empty beer cans and was already mopping the place when these kids run on stage, whooping it up like a bunch of lunatics,” said O’Gallagher. “The frontman got back on the mic and asked if anyone missed him, but other than the bartender counting tips, there was nobody left watching the show. Those idiots must’ve passed out backstage or something because everyone had left at least an hour ago. When the guitarist threw up right where I just mopped, that’s when I knew I wasn’t getting home on time.”

Wet Socks drummer Austin Kraus admitted he was surprised by the lack of audience.

“We were the fucking headliners, and nobody stuck around? Clearly, this janitor abused his power and ran everyone out of the venue before they could hear our Dead Boys cover,” said Kraus. “Then he had the nerve to turn on the house lights while we were on stage, so we looked like a bunch of morons doing a well-choreographed soundcheck. He didn’t even clap after for us — it sort of looked like he might be dancing at one point, but I think that was just his natural sweeping motion.”

Venue manager Em Scappichio had to pay O’Gallagher for overtime, thanks to the band’s inability to read a room.

“We’re a pretty small venue: we don’t book rock stars. So it’s crazy to me anyone thinks they should play an encore to begin with,” said Scappichio. “As soon as someone says, ‘Thank you, goodnight,’ everyone here starts packing up and heading to the parking lot. Nobody came here to see a four hour Phish concert — just play your 22 minutes of crap and move on. Now my payroll is super fucked up. Thankfully, the band was willing to be paid in drink tickets and chicken nuggets.”

At press time, members of Wet Socks hatched a plan to avoid future embarrassment by only playing encores on shows where they are not the closing band.