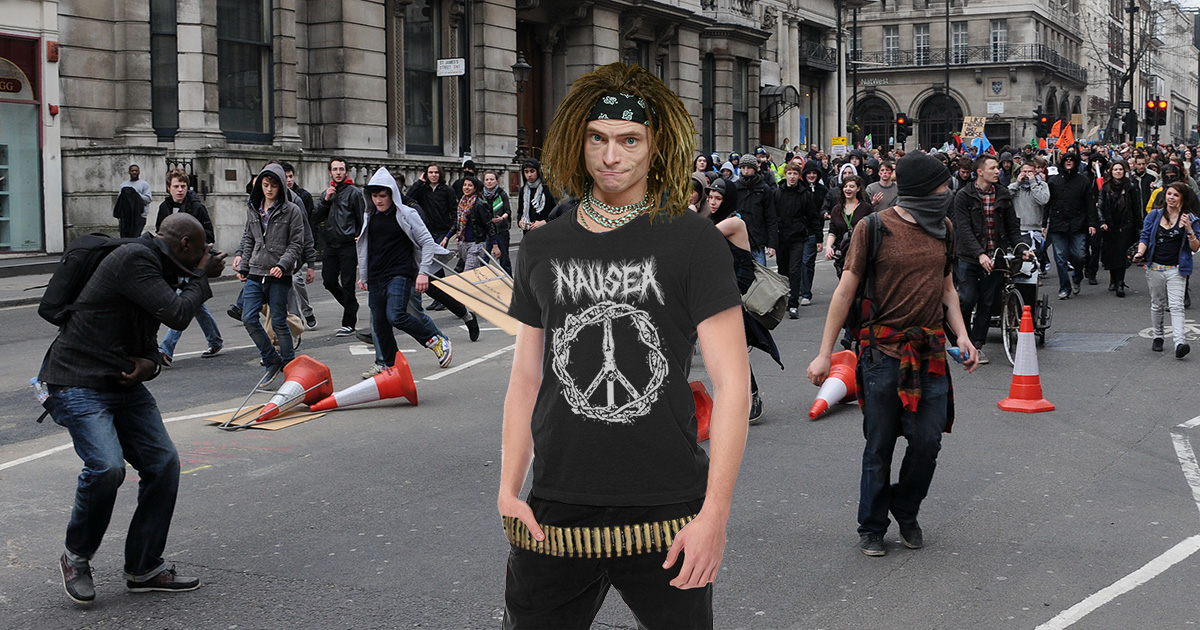 “You just watch. They’re coming for this big ol’ fucker,” Cox said, gesturing to his signature belt. “I had to hide it from Obama for eight years, and I’ll be goddamned if I’m gonna let anyone else come back and finish the job. They can all eat my asshole. The second commandment says I can wear this thing wherever, whenever I want, so they can pry it from my cold, dead hips.”

“It’s the dumbest fucking thing I’ve ever heard, honestly. I thought him watching the same live video of Toxic Narcotic over and over was bad enough, but now he spends all day in the worst YouTube rabbit holes with right-wing pundits talking about how feminism will make the moon explode or some bullshit,” said Marpa. “I’ve tried telling him that the bullets on his belt are not usable; no one’s going to try to take his gaudy fuckin’ belt. He’s ridiculous. If I were him, I’d be way more worried about them coming to take those nitrous oxide tanks he stole.”

“We have to be very concerned about a slippery slope. If they take the bullet belts, what’s next?” said Jones while selling her wares at a gun show. “If practical pant placement systems are taken away, then you can say goodbye to gun-shaped necklaces, safety pin earrings, and those cool brass knuckle rings. People my age remember how easy it used to be to buy a switchblade comb — now, you can’t find them anywhere. The Biden administration wants to close the munitions accouterment loophole.”

At press time, Cox was being escorted out of his local sheriff’s office after attempting to obtain a concealed weapons permit for his belt.