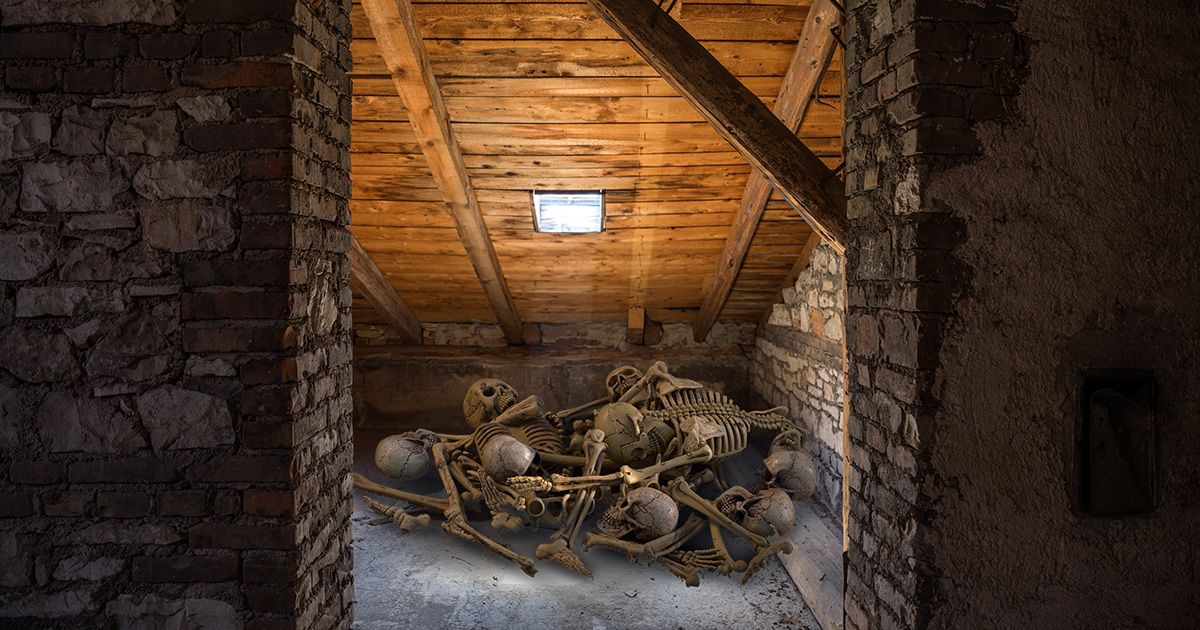 BATON ROUGE, La. — A suspicious attic believed to be haunted for decades reportedly showed no signs of paranormal activity to investigators, who only uncovered around 30 or more extremely boring, lifeless corpses yesterday afternoon, disappointed sources confirmed.

“This is a huge bummer for our team,” said lead paranormal investigator and part-time UFOlogist Dennis Perkins. “We go out on these hunts hoping to pick up even the tiniest bit of evidence on our cameras or heat sensors, but the only startling thing that happened was when I tripped over a crusty old femur. That banged my knee up real bad!”

While the source of the dead bodies remains a mystery, Perkins and his team will not be investigating the details, as they specialize only in seeking invisible phenomena.

“One would assume they’re people who used to live in this house,” said investigation intern Taylor Nguyen. “But there were too many of them to be a family. Maybe they were just stashed here… but that means their spirits wouldn’t haunt the place, ‘cause that’s not how ghosts work. So this is basically just a huge-ass waste of time.”

Neighbors could offer no information on the identity of the bodies — nor did they care to find out.

“Oh, gross. I’m not trying to puke my brains out!” said neighbor Barbara McIntosh. “This is a real tragedy for the neighborhood, knowing that the creepiest house on the block isn’t even haunted. What do my kids have to look forward to on Halloween now? Huh?!”

Police later identified the bodies as potential victims of a serial killer on the loose, but, judging by their “basic” attire and mediocre appearance, were quickly dismissed as “pretty lame” when compared to a possible poltergeist.

“I’m gonna get to the bottom of this,” said Baton Rouge police spokesperson Sgt. Terry Labeaux. “I’ve lived in this town for 40 years, and I’m gonna hit up my way-more experienced ghost hunter friends once we dump these dead bodies farther out in the parish for the Sheriff’s office to deal with. We’re gonna find us some damn ghosts.”