Cops Loot Over 50% of City Budget 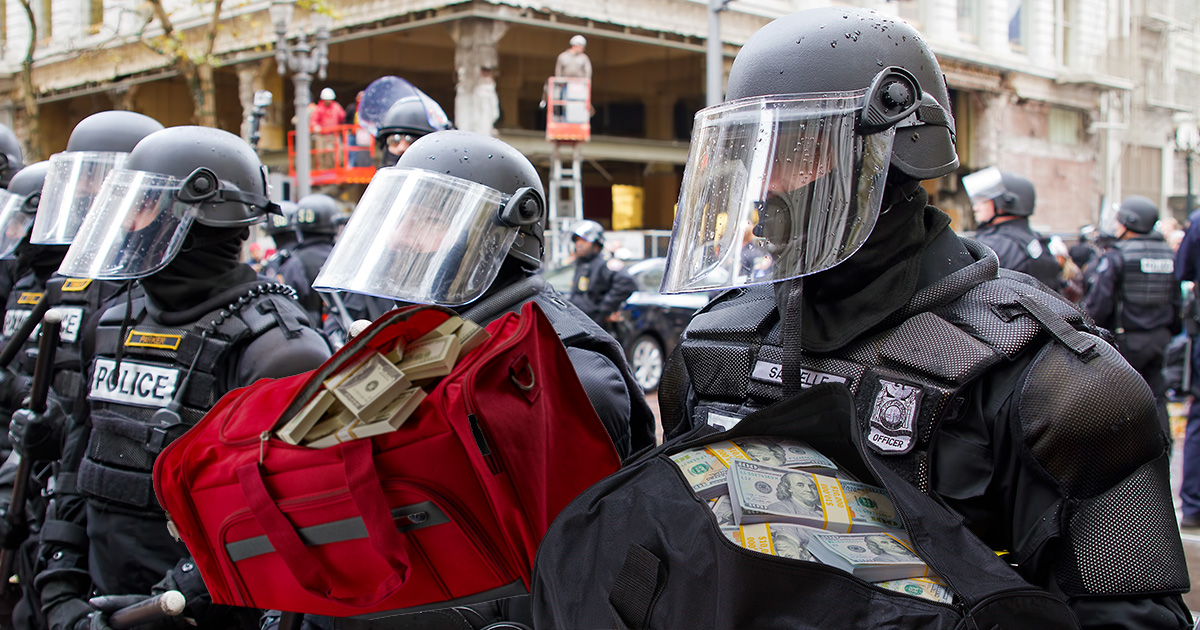 LOS ANGELES — Police officers continued to wreak havoc on the city of Los Angeles this week, looting over 50% of the city budget, and stealing billions of dollars from innocent taxpayers, multiple sources confirmed.

“How is this sort of looting going to solve anything? I’m up for having a civil debate about how much funding should go to law enforcement, but destroying entire neighborhoods by not giving them the resources they need and instead allowing cops to get even more militarized is just wrong,” said watchdog activist Shirley Patterson right before tripping over an unfilled pothole. “We need to take a stand to defend our local infrastructure from these thugs! ‘When the looting starts, the shooting starts.’ And by that I mean, police will spend the money on needless amounts of firearms and equipment that they will unjustly use on the people of this country.”

“A lot of people are speculating that they might be part of a pro-fascist terrorist group called Profa, the local chapter seems to use the letters LAPD on all their gear to make themselves more identifiable. They also allegedly work with several co-conspirators including the DA, city council, the city attorney, the chair of the budget and finance committee, and the mayor. This was happening right under our noses and we had no idea,” said local taxpayer Andrea Walz, who works a full-time waitressing job during weekday city council meetings. “I mean I literally had no idea because I could not physically attend these meetings before they were available on Zoom.”

A senior member of the domestic terrorists commented on the supposed crimes.

“What are they gonna do, call the cops? Ha!” snorted Police Chief Michael Moore. “If you don’t like it then too bad, we are already more powerful than any politician. So fuck off and don’t look any of us in the eye or so help me God we will beat the ever-living dog shit out of you.”

National watchdog groups note that this is not an isolated incident and is happening in cities and towns across the country with no lawmakers trying to take a stand.