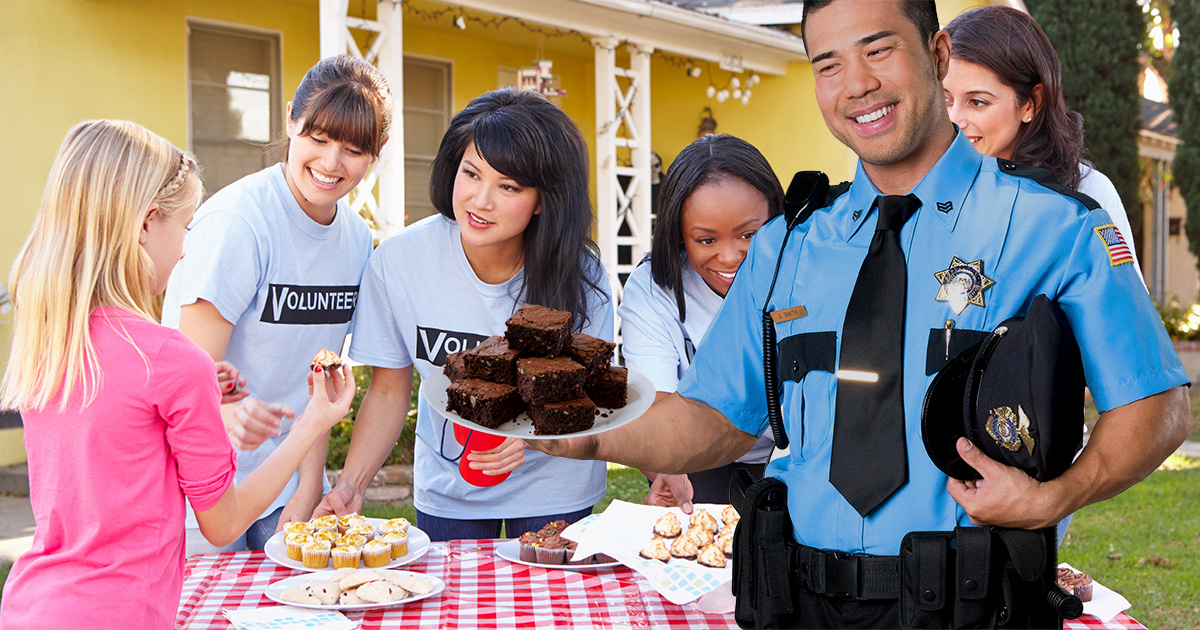 “Listen, we’re just trying to raise enough money to buy history books that don’t refer to the Clinton administration as ‘current,’” said fourth grade teacher Krista Kidman. “The guy from across the street was giving us the stink eye for a while, but I wrote it off. Suddenly, twenty cops pulled up on us with guns drawn and started flipping tables. Then one of them shoves a brownie in my face that he conveniently found on the ground like he caught us red handed, despite the fact that we’re selling exclusively cookies. Why the hell would I buy drugs to put in confections when 60% of my paycheck goes towards buying classroom supplies? And if I did, I’d sure as hell be charging more than $2 a pop.”

Police insisted their use of force was justified after receiving an anonymous tip.

“I’m not saying I’m the one who called in the tip, but whoever did probably also thought it doesn’t make sense that a bunch of entitled indoctrinators peddling critical race theory would outsell our brave police men and women. Sure, these are store bought brownies we’re selling, but armor doesn’t grow on trees, dammit,” said Officer Chapman. “Sometimes the best way to solve a problem is to break into an evidence locker, borrow some contraband you stole from a college student, and toss it under the table of the people giving you trouble. Allegedly.”

Vendors and attendees of the market were not surprised by law enforcement’s response, as it’s become a yearly tradition.

“Every year we have to deal with these fucking pigs and their jealousy-induced meltdowns,” said event organizer Alice Temple. “Two years ago we had nurses raising money for new PPE equipment, and they were hauled off after someone said they found ‘needles of fentanyl’ in their cupcakes. But last year they threw subtlety out the window, ran down the BLM table, and arrested everyone in sight, claiming we were all Antifa terrorists. I don’t even know why they bother showing up, being that this is a non-profit community fundraiser and they have unfettered funding for whatever dumb bullshit they want.”

As of press time, Officer Chapman was immediately placed on administrative leave after teachers planted a Biden/Harris sticker on his patrol car.