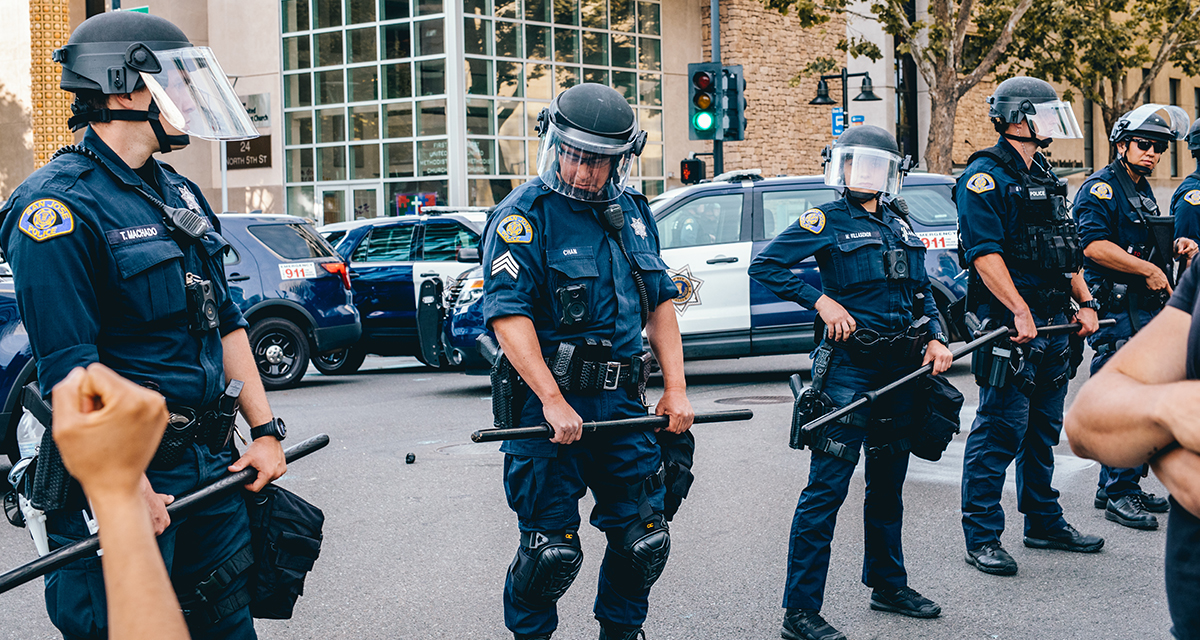 NEW YORK — NYPD officer Joseph Calbroni resorted to imagining all of the protestors he is beating the shit out of are his wife in an attempt to quell his first day jitters, depressing sources report.

“I was really nervous,” blubbered Calbroni, while zip-tying a veteran. “First days are always hard. What if I didn’t instigate the crowd enough? What if I missed while trying to fire birdshot at a woman in a wheelchair? I thought, what would make me want to beat the ever-loving shit out of someone? Then I thought of Jessica. Nothing makes me go from zero to sixty like the old lady, am I right? Just the other day, I basically blacked out and when I came to there were nine holes in the wall. Geez, now I’m getting all choked up.”

Statistically, police officers are roughly four times more likely to abuse their spouses than any other demographic.

“It’s great for motivation,” explained Lieutenant Daniel Hartigay. “Listen, we barely test these guys coming in. Most of them have doghsit work ethic and principles and are fueled mostly by pre-workout and Subway, so anything we can use to add a little pepper to the porridge is valuable. I constantly tell these guys to think about how much their wives, girlfriends, exes, and moms piss them off. Hell, our shooting range might as well be a family photo album.”

Throughout the country, police have been violently confronting protestors amidst calls for widespread reform of law enforcement.

“We’re all going through pain right now,” bloviated New York Mayor Bill de Blasio. “For some, it’s the pain of losing a loved one. For others, it’s the pain of having a nightstick shatter our occipital bone. We may be all over the political spectrum, but one thing that unites us all is that our fine officers are upholding their duty to be a menace. That’s what they’re for. If they were supposed to be helpful, they’d be teachers or social workers or cashiers or something.”

At press time, officer Calbroni could be found planting a firearm on the mother of his child.