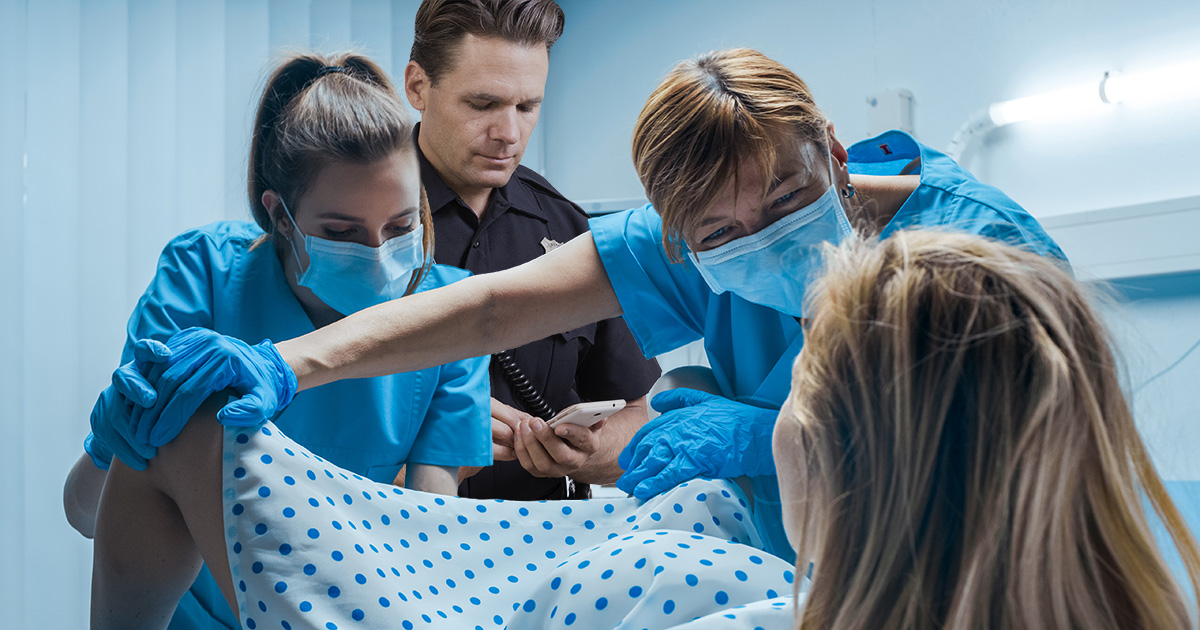 NEW YORK — NYPD officer Carson Boucher could not record his wife giving birth to their first son last night due to his habit of always turning his camera off at the most important times, a department whistleblower requesting anonymity confirmed.

“There’s a good deal of footage both before and after. As soon as I got the malfunctioning camera back on, you can clearly see there is a young woman — my wife — in a lot of pain on the bed with a slimy newborn on her chest,” said Boucher from the hospital waiting room. “That said, I was unable to ascertain a rendered image of the actual event in question. Rest assured, we’re looking into what sort of technical glitch could cause such a thing to happen, and hoping there’s a way to recover the footage so we can have a way to remember today’s events.”

Boucher’s wife Mary Boucher-Hartley was disappointed, but not surprised.

“The pattern is consistent throughout our marriage — whether blowing out birthday candles, or when I definitely landed a kickflip on a skateboard, he never seems to record it. I have gone too long without holding him accountable. That ends today,” she said. “I’m calling on him to either produce the video of our child’s birth, or to resign as my husband to allow for someone more fit to assume the position.”

However, OB/GYN Dr. Julia Martin believes there may be more to the situation.

“When he entered the room with the camera, he kept saying, ‘I’m live’ and ‘I’ve gone Hollywood!’ — almost like he was trying to let us know he was recording. But when I told my patient to push for the last time, he said, ‘Dark sky,’” said Dr. Martin. “I’m not sure why he wouldn’t want to record his child being born — it must be reflexive for him to stop recording any time he sees something resembling trauma.”

Ms. Boucher-Hartley’s mother, sister, and father, also all police officers, were also present and unable to produce any video of the birth. None have responded to a request for comment.