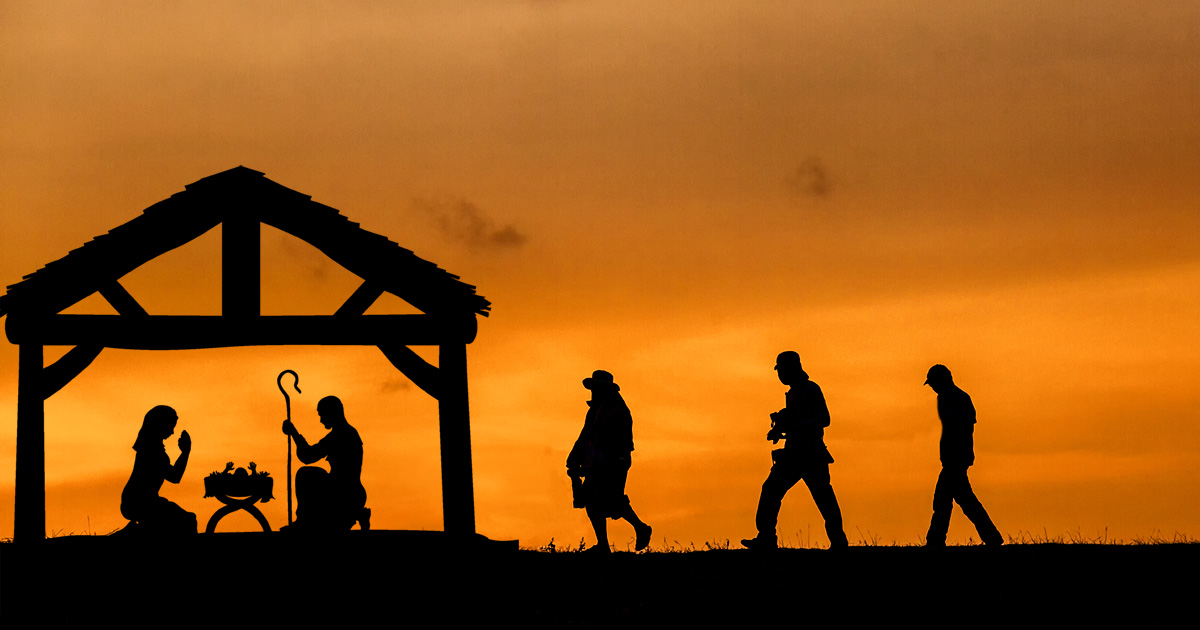 BETHLEHEM — A local show billed as “The Most Important Event in Human History” reportedly ended as a “total fucking bust,” thanks to a confusing show flyer that only drew three people to the venue, according to eyewitnesses.

“I don’t know what went wrong — I picked literally the brightest sign I could find to get people to this show,” said God, the show’s promoter, while counting the night’s tips. “But an hour after doors opened, only three old dudes showed up… and of course, only one of them had gold. And the other two tried to pay with some kind of shitty weed.”

“We still smoked it during the opener,” God added, “but it was straight-up schwag.”

While God was baffled by the flyer’s inefficacy, many in the local nativity scene point to a long history of the Almighty’s unorthodox promotion tactics.

“He’s been doing weird stuff like this for years,” said one local shepherd, who asked for anonymity for fear of incurring God’s wrath. “One time, he made it rain frogs to promote some Exodus show; we all know how that went. And another time, he flooded the whole world because he had some cruise ship gimmick he wanted to try. I don’t know who taught this dude how to promote, but he really needs to chill.”

Sadly, the two-piece opening act was reportedly “mega bummed” about the lackluster attendance.

“We tried to hold out until the space filled out a little… but by 10 p.m., it was still just a few guys in fancy robes who kept asking when the headliner goes on,” said Mary, one half of the opening duo. “Whatever.”

While the low turnout in Bethlehem was a disappointment, God remained confident that the headliner has a legendary career ahead and will find an audience.

“I felt pretty bad for the kid, so I let in some sheep and goats to pad the numbers a bit. I mean, even his parents were there — how lame is that?” said God while loading up his gear. “I liked what I saw out there, though, and I think this kid’s gonna be a superstar someday. Mark my words: people will be lined up in the streets for his final show.”