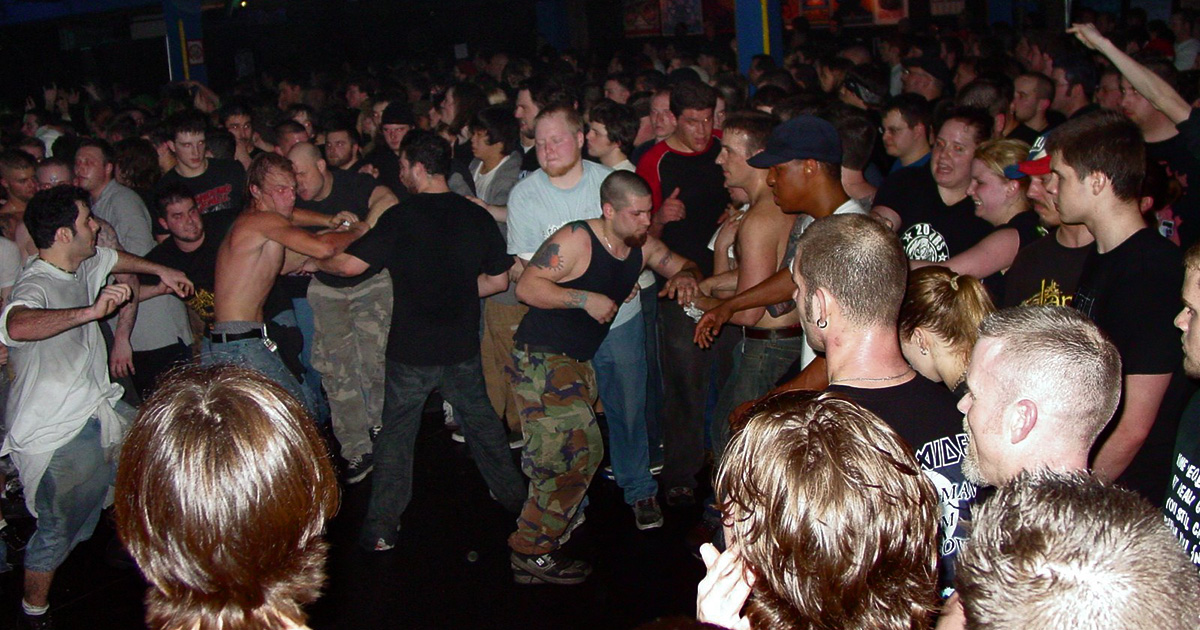 “I was just about to hop into the pit, when this maniac cut in front of me and tried to swing me into his pathetic one-man circle,” said showgower Amy Cleary. “Honestly, I feel like when he touched me, some of his clueless loser germs might’ve transferred to my clothing. I really just want to go home and take a shower.”

Multiple witnesses claim the man, who seemingly has no comprehension of basic hardcore dances, tried in vain to start a circle pit for the 15-second duration of the two-step part.

“I was on the side of the stage waiting to dive when I saw that dude wooing and pumping his arms like he was a hurricane… it was one of the saddest displays I’d ever seen,” said fellow showgoer Eric Campbell. “He was lucky he was so quick, because I saw a bunch of people try to punch him in the back of the head.”

“For the sake of his family, I really hope this show isn’t being filmed,” he added. “If his parents saw what he was trying to do they’d have to change their name and move out of state.”

“You know, man… like, hardcore music is for everyone, and if you’re feeling like you want to go wild, then let loose, man. But you really just need to do a little bit of homework, and learn when it’s time to circle pit, when it’s time to windmill, and when a pit needs to be opened the fuck up,” said Delfarro between sips of Mexican Coke. “I want to spread that PMA every day and everything, but even that has a limit. If this guy’s friends actually care about him, they’ll pull him aside and leave right now — because I think I just saw him try a cartwheel, and I’m about to smash this bottle and stab the shit out of him.”

At press time, the consensus “dumbest piece of shit on the west coast” was being mercilessly beaten by half the crowd for stage diving feet first.