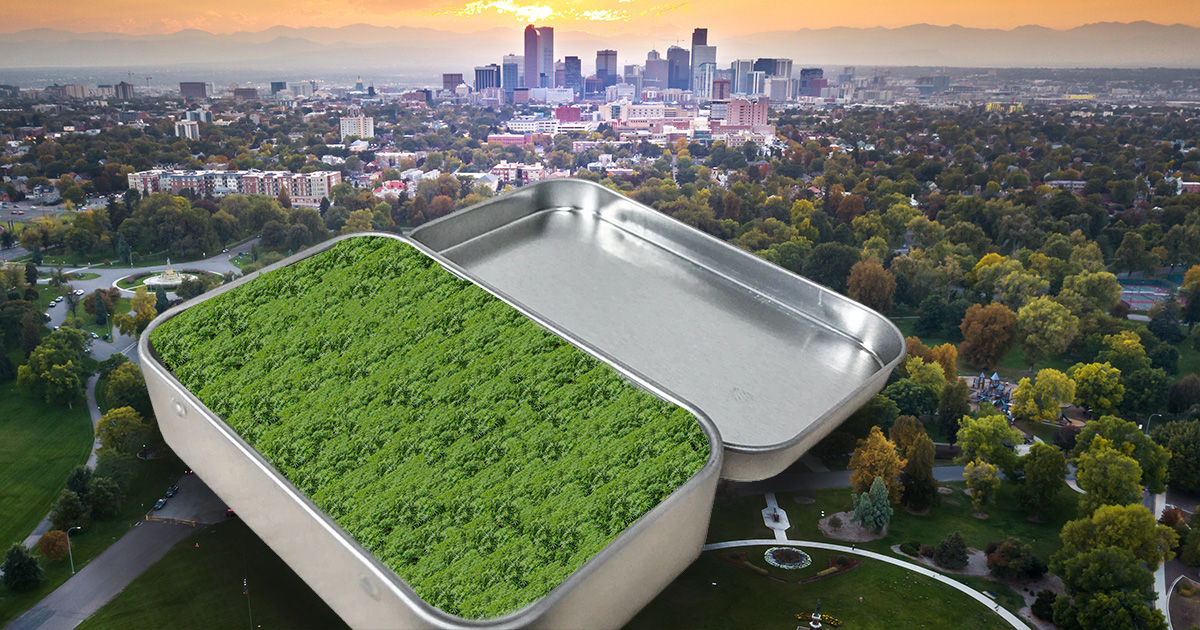 “Weed may be legal here in Colorado, but it’s technically still banned at the federal level… and Kamala used to have a real hard-on for busting pot users, so we’re not taking any chances,” explained Colorado Gov. Jared Polis. “Assuming everyone can get their herb inside the giant Altoids tin, all the head shops pretend to be pet stores as instructed, and no one in the state is a fucking narc, we might just pull this off.”

Civil engineer and massive Altoids tin designer Thomas Hirst admitted, however, that it may not have been the best hiding spot.

“Well, normally an Altoids tin is a great place for weed — the mint smell masks that kush stench nicely, and there’s room for your lighter. Plus, no one’s the wiser if they see it in your car console or something,” said Hirst. “But a 10-story tall mint container in the middle of downtown Denver invites a lot of questions. When Sen. Harris asked about it, we all told her we’d never seen that Altoids tin before, and that Wyoming must have left it behind when they visited last weekend.”

“[Harris] stopped by one of the hot springs for a photo-op, and we all just stood nervously, hiding our bongs behind our backs. But my girlfriend ripped a tube right before the motorcade rolled in, so she had to hold the smoke in her lungs for the entire 45-minute visit,” said Simmonds. “At one point, Sen. Harris asked, ‘What’s that smell?’ And we all said, ‘Uhhhh, must be a skunk.’ I hope she bought it.”

Gov. Polis has decided that, in preparation for the scheduled October visit from Vice President Mike Pence, it’ll be easier for all six million Colorado residents to pretend they’re on vacation rather than try to hide every single thing that might offend him.