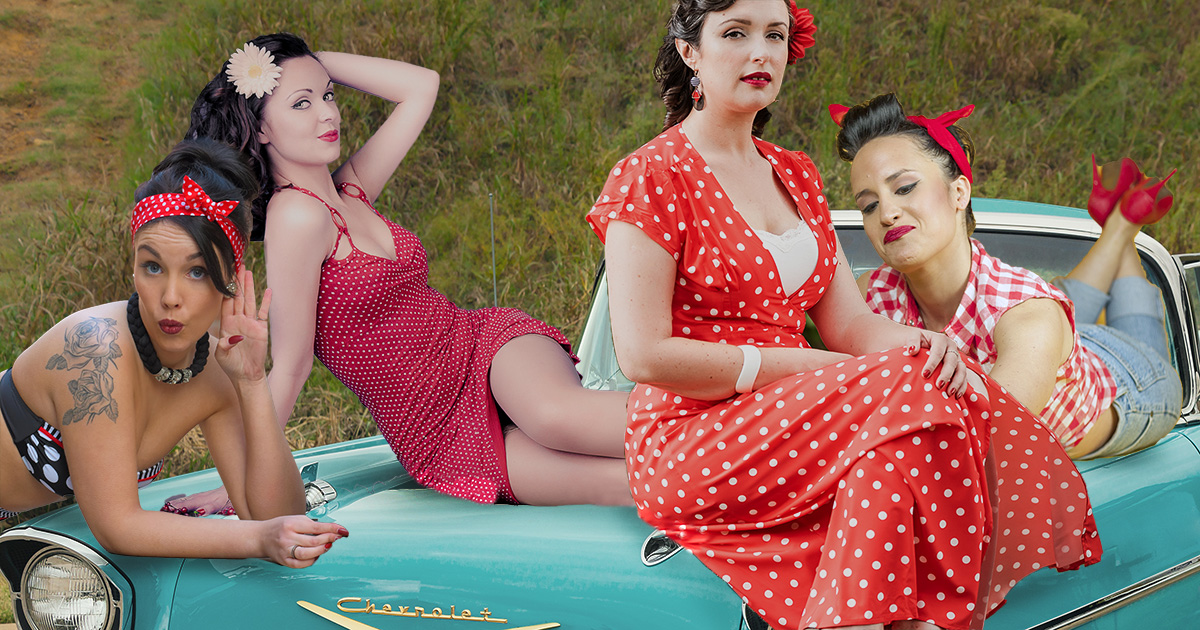 “I’ve never seen it this bad before,” said Metzger shortly after scaring away the models with a hose. “Last week, I saw one model on the hood, and didn’t think anything of it — I even let my daughter get close to her and feed her. But now it’s clearly getting out of control: not only are they damaging the hood, but I’m finding cherry red lipstick smudges all over the interior. I know they aren’t dangerous, but I don’t want my car to end up in some calendar.”

Neighbors are worried the infestation is so severe that it may spread to nearby houses.

“I woke up this morning to go to work and found a rockabilly model posing on the hood of my 2015 Kia Soul,” said neighbor Lynn Manning. “Yes, the car is very practical and gets great gas mileage, but it doesn’t really fit the rockabilly aesthetic. They must be getting desperate. Another neighbor found a woman in a polka dot skirt posing on the handlebars of his son’s tricycle.”

Rockabilly expert Walter Whinfrey noted some simple, preventive measures one could take if they ever find themselves amongst an outbreak of rockabilly models.

“Make sure you always have reggae music within earshot of wherever you leave your car. Although there are no adverse effects to the models, they tend not to gather in areas where reggae music is in heavy rotation,” said Whinfrey. “And definitely keep your classic car away from any drive-in movie theaters, sock hops, or Social Distortion shows. If you let too many of these pin up models roam around in a concentrated area, eventually they’re going to attract the males, and that’s where the real problem is — they’re known to carry switchblade combs, leave a layer of pomade wherever they go, and if you aren’t careful, they could drive your car off a cliff in a game of chicken.”

Due to the historic heatwave in California, local leaders encourage all residents to keep dry grass and brush away from the flame tattoos on all rockabilly models.