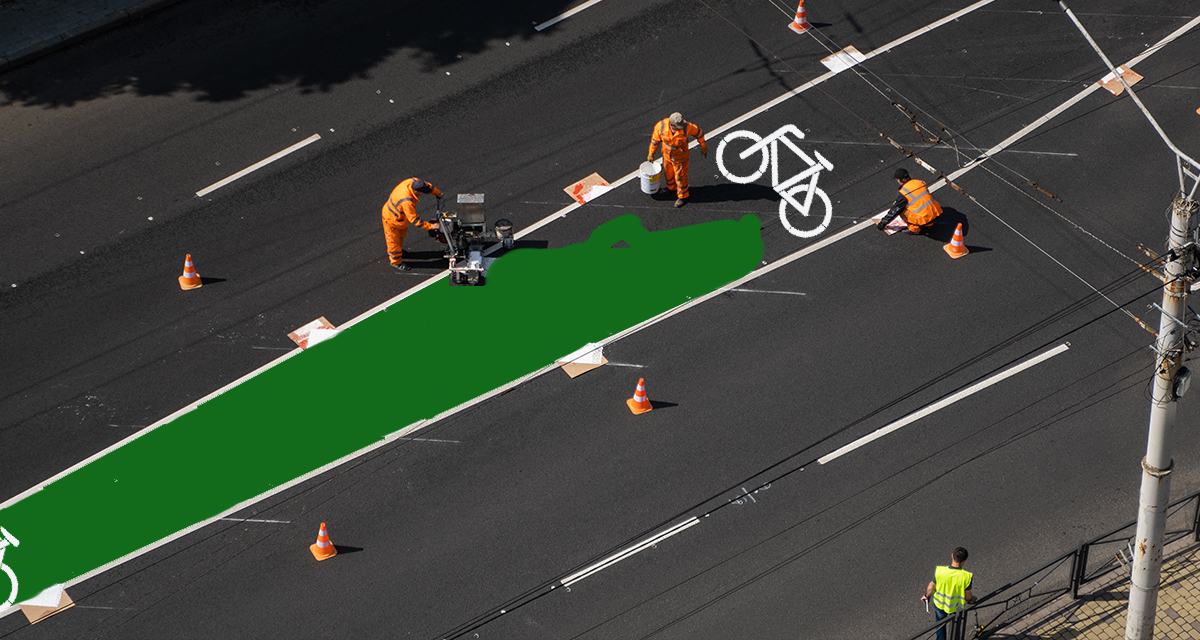 “Hybrid cars are so popular now, I want you all to think of this like a hybrid lane,” stated city mayor John E. Dailey. “Our constituents were very direct with their needs. They want progress and to raise awareness for cyclists and I believe we’re achieving that here. Now drivers who are reaching speeds of up to 55 miles per hour will be aware they may need to swerve violently into other lanes. Safety is our priority here. No, this ‘bike lane’ will not be separated from normal highway traffic, the entire directive is based on a whopping budget of 72 American dollars for spray paint and the patience of highway drivers.”

“Listen, we sent our best guys out there to spray paint these bike stencils and that paint is expected to last at least six months before being chipped away to something less than a shadow,” stated Dugal. “You’ve heard of five-over-one apartment architecture? Well these generic monuments to human cattle wouldn’t be complete without upgrading the highway they live on with massive amounts of medians adorned with brickwork and shit instead of installing space-wasting bike lanes. They’re all going the same direction anyway.”

“So what we’re seeing is clear progress, I’ll admit to that,” commented Logan Spotler, a long-time bike safety advocate. “Before the bikes were stenciled on the highway, drivers drove aggressively around us. It was as if they didn’t know we were allowed to share the road. Now they clearly can see we are sharing the space and, um, actually? It’s them being assholes when they’re frustrated to the point of angrily flooring it and screaming at me for going 15 miles per hour on a highway. I can’t help but notice the driver’s screaming and dangerous situations haven’t decreased in any sort of way, but there is absolutely a certain satisfaction of being in the right. They gave us that.”

At press time, city workers were spotted painting a massive “Black Lives Matter” stencil in the middle of a busy intersection.