City Announces Curfew For 30 Minutes Ago 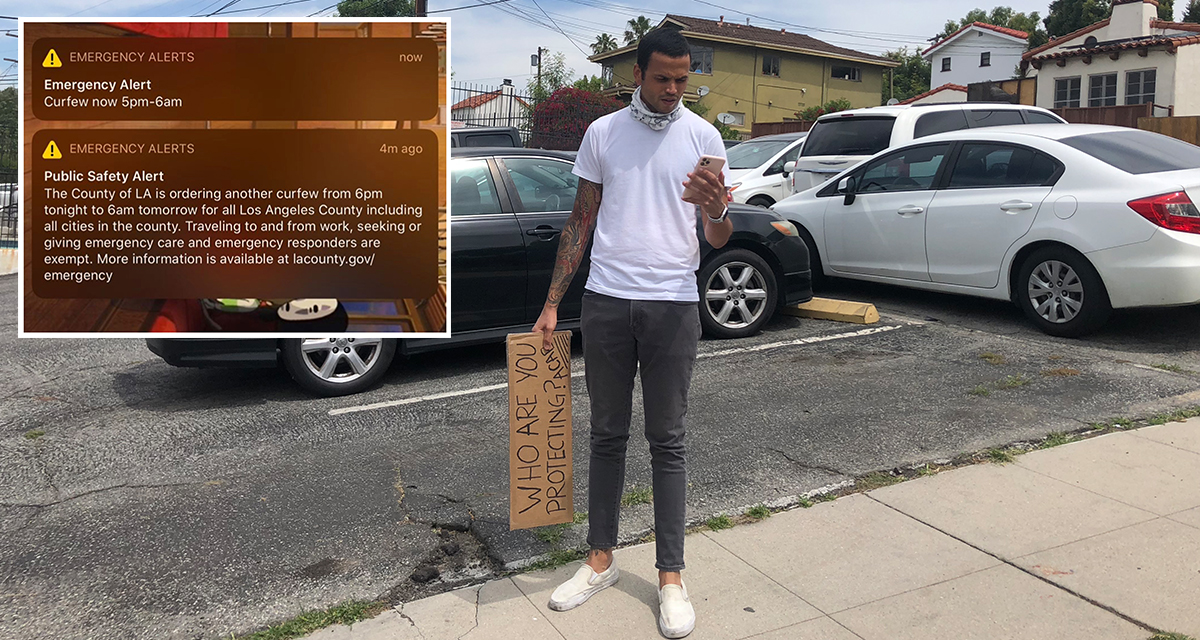 “All residents of Los Angeles are required to be indoors as of 5:00 p.m. today,” Mayor Garcetti said in a televised statement at 5:30 p.m. “We ask that everyone make the necessary arrangements to be at home until tomorrow morning at 6:00 a.m., as of half an hour ago. Anyone caught not complying with this order, effective 30 minutes in the past, will be taken into custody and tried criminally.”

The statements reflect a growing concern among America’s mayors that people may assemble, speak, and petition their government over grievances. In New York, Mayor Bill de Blasio called on citizens to do what they can to deescalate the situation.

“It is your constitutional right to assemble,” said de Blasio. “But if you see the NYPD, remember that it’s been a rough couple of days for them, too. Speak to them gently, ask them if they want a shoulder rub… it is the 9/11 spirit of this city that makes it great. Just make sure you don’t make direct eye contact with them — that could send an officer into a fit of rage that they will brag about with their buddies for weeks to come.”

According to constitutional scholar Rory Byrne, the power of a local authority to institute a curfew comes from English Common Law.

“There’s a long tradition in both English and American law protecting people’s right to assembly,” said Byrne. “But even more than that, the framers of the Constitution, in their infinite wisdom, knew that the people who really needed protection were the weak diaper babies with badges who couldn’t handle even the mildest confrontation without the aid of a shield and a gun.”

The mayors of Dallas and Denver are both considering proposals to ban demonstrators from pointing protest signs at uniformed officers, while Mayor Jenny Durkan of Seattle has floated the idea of prohibiting residents from taking up physical space after 2:30 p.m.