Church of Scientology Exposed as Nothing but Thousands of Undercover Filmmakers 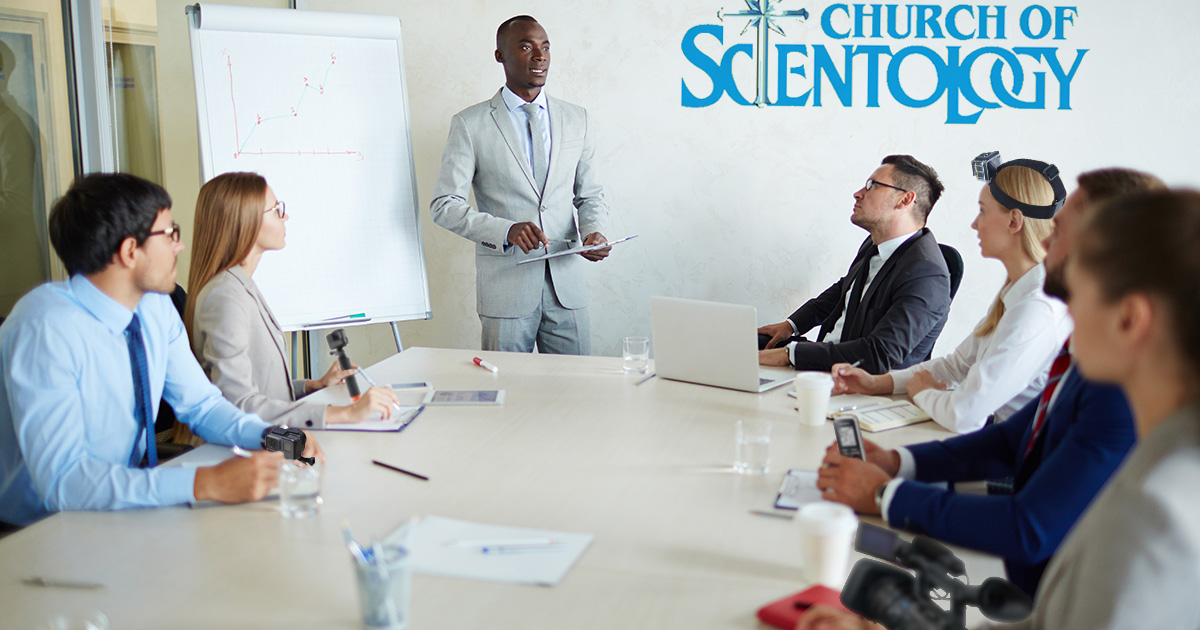 GILMAN HOT SPRINGS, Calif. — Every single member of the Church of Scientology were found last week to be undercover documentary filmmakers who only joined to try to expose the controversial religion’s practices, according to a recent report from the church’s headquarters.

“I realized something was up when I recognized President Heber Jentzsch from an expose on expiration date fraud at Kroger,” said Scientology spokeswoman Karin Pouw, herself an investigative journalist for KNBC news, the Los Angeles NBC affiliate. “Sometimes, you couldn’t hear anyone in meetings over the whirring of recording devices — sounds everyone blamed on air conditioning.”

“I was just a beat reporter for the Bucks County Courier Times when I was assigned to look into this Hubbard guy in 1975,” Chairman of the Board David Miscavige admitted during a press conference. “When I realized how wacko this supposed religion really was, I decided to make a film to see how far I could push this. I have something like 300,000 hours of footage.”

According to reports, the undercover membership wasn’t limited to leadership: the youthful Sea Org was actually the entire USC film school class of 2012, and the Citizens Commission on Human Rights was, in fact, VICE headquarters. Allegedly, all members of the Church of Scientology-Tokyo are knowing participants on the reality show Supēsukuramu Kazan-Shin [Space Clam Volcano God].

“I walked into the Clearwater center in 1990 wearing a giant hat with a camera in it,” admitted Scientology’s most famous member, actor Tom Cruise. “I did it as a goof to kill time on the set of Days Of Thunder. I totally thought I’d get busted, but no one said anything. Turns out, all the real members fled years ago.”

At press time, church leaders were preparing for a highly-contested legal battle to record the voice-over work on a 12 part mini-series expected to air on Showtime next summer.