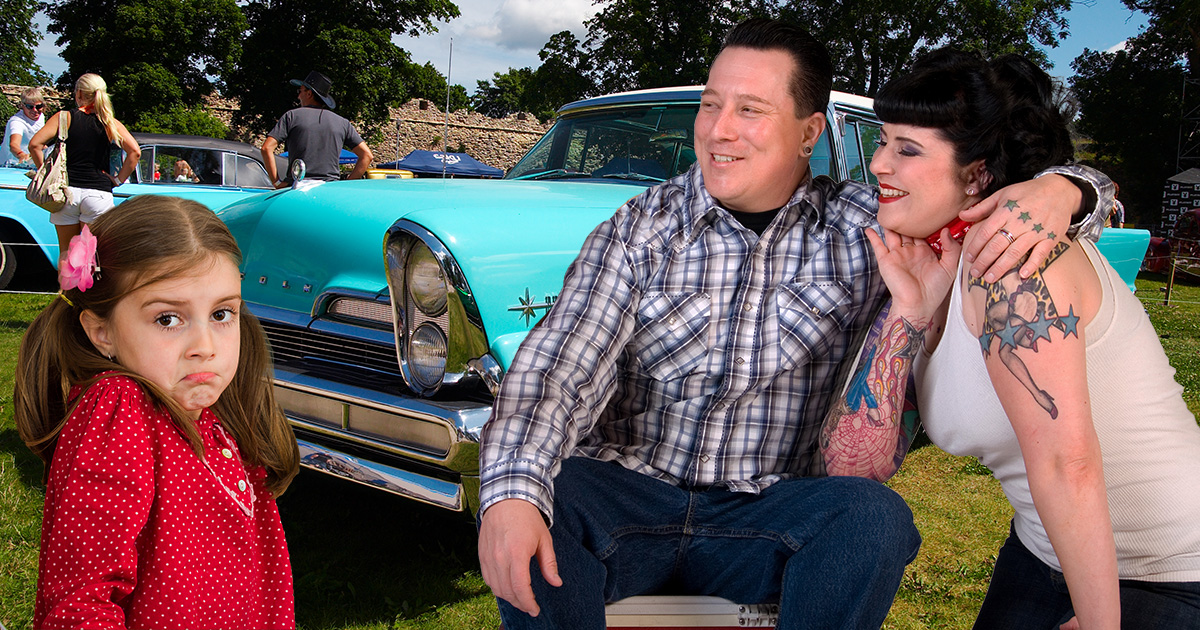 CLEVELAND — Local child Dixie “Shortcake” Ross was utterly bewildered this week when her first day of kindergarten revealed a world unlike anything she’s ever seen in her rockabilly parents’ ’50s-inspired home, concerned sources report.

“Wait… my parents choose to live like that?” a six-year-old Ross asked, in what may be the youngest existential crisis on record. “There’s more music than just the Stray Cats? Do my parents know?”

“The first time I saw Dixie in the classroom, she was rolling the cuffs on a male classmate’s jeans. And later, during music, she asked if she could be the one to play stand-up bass,” Ms. Spunch noted. “She kept touching my neck and asking to see my sparrow tattoo, too. I know children are naturally curious, but this was really creepy.”

“Gee, whizz, fella. You writin’ a book, or somethin’?” the Cleveland native asked in a surprisingly thick New York accent. “Listen, Daddy-o: modern folks like you just can’t dig cats like us. Dixie-gal was conceived the night of the big Sock Hop in 2012. She’s special — she doesn’t need stupid stuff like a mall, or a polio vaccine. She needs a malt and some cool wheels, and that’s it.”

Her parents unconcerned about her potential psychological toll, Dixie was left to reconsider everything she’s learned to this point in her short life.

“When I went to school today, the doorknobs weren’t all slippery from daddy’s hair stuff, and no one danced anywhere near any old cars the whole time,” she recalled. “But then I came home, and the jukebox is playing Carl Perkins, and there’s milkshakes everywhere.”

“I’m not supposed to say curse words… but what the fuck is going on?” she added.

At press time, Ross was attempting to reach Child Protective Services from a rotary phone in her mother’s pastel kitchen.