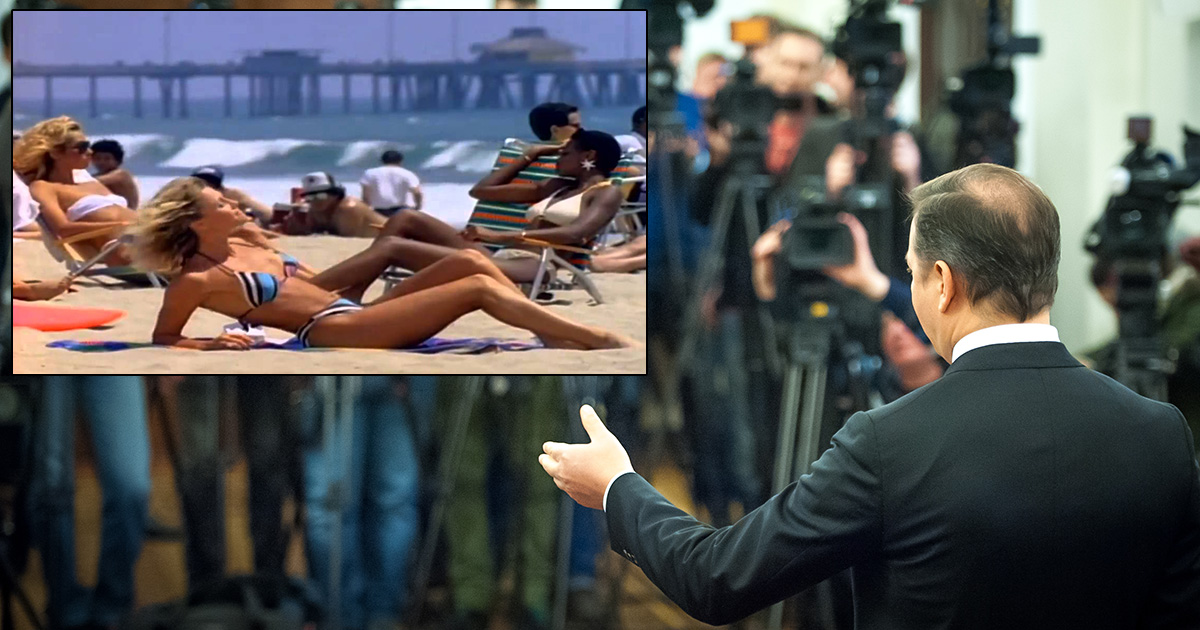 “We understand there’s a crisis, and we want to be good citizens. But this is absurd: our videos were shot 30-plus years ago. Herpes, maybe… but I’m pretty sure none of those girls had coronavirus,” said Dave Meniketti, singer and lead guitarist for Y&T, whose most popular video will be affected by the ban. “If we have to edit out the bikini chicks in ‘Summertime Girls,’ all that’ll be left is four dudes trying our best to lip sync and not get sunburned. The whole video will be shorter than that stupid ad for Fiverr… and that’s assuming you skip after five seconds.”

The CDC understands the ban will be tough on most 80s metal bands, but deemed it necessary to help flatten the curve of infection.

“We recognize that metal videos with hot girls are important to the American way of life. But the last thing we need right now is tongue-in-cheek entertainment encouraging half-naked women to gather on beaches in Florida or California,” said CDC spokesperson Thomas Laine. “We also want to discourage any ’80s rock videos promoting microphone sharing: if you’re forced to share a mic, please stand back-to-back and wear a face mask. A good example of best practices is Slayer’s ‘Seasons in the Abyss’ video, where those guys are rocking out by the pyramids. That’s much safer.”

Well-known metal scientist Harry “Shock” Bloch claimed the ban might have some effect, but that it’s unfairly targeting bands from certain genres.

“They’re not being consistent. Take Anthrax’s classic cut ‘Madhouse,’” said Bloch. “Five young guys rocking out in a mental institution… with the patients! Never mind possibly poking someone’s eye out with a Jackson headstock, most of those people are vulnerable to infections. Yet that video isn’t affected. It’s not fair.”

At press time, the CDC is now also pushing for a ban on surprise birthday parties in sitcoms, as well as house parties in ’90s coming-of-age movies.