Carrie Brownstein One Punch KO’s Danzig on Set of Portlandia 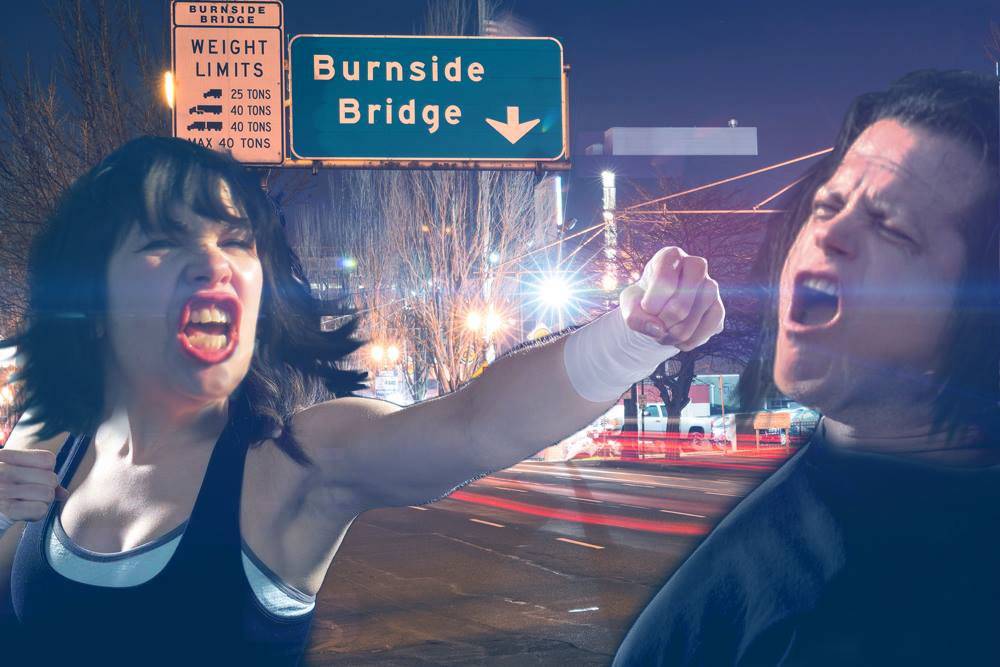 After Danzig’s cameo on the upcoming season was announced, many within the punk community — who inspire much of the show’s material — wondered if Danzig’s notoriously short fuse would cause problems on set. According to sources close to the incident, it took less than two hours on location before Brownstein and Danzig became involved in a heated exchange about the show’s filming schedule.

“Carrie was just calmly asking Glenn if he would be willing to film his part a bit later, because an earlier sketch (about a guy who works at a food truck that only sells beard oil) took longer to film than originally anticipated. Glenn got really upset and the two starting arguing in front of the crew,” said production assistant Danielle Rice. “It eventually got so heated Danzig said ‘Fuck you, motherfucker” and then boom, Carrie just laid him out with a wild haymaker that she threw like fucking a baseball. Danzig melted like a candle into an unconscious mess on the ground.”

A grainy, blue-tinted video of the tussle quickly spread on social media and left many Danzig fans wondering if it was time for the 60-year old punk icon to take a look at himself and maybe stop picking fights with people that are more physically imposing.

“Danzig’s chin just isn’t what it used to be. Back in the day he was a little ball of fury that could really fuck you up,” said longtime Danzig supporter and current devil lock-haver Timmy Howell. “But father time is undefeated and gets us all. I still think he is the greatest frontman of all time, but he needs to quit being so macho and talking about his black belts and just reunite with The Misfits already.”

After scoring the one punch knockout Brownstein was reportedly heard shouting “Carrie Brownstein is undefeated,” at Danzig’s unconscious body.