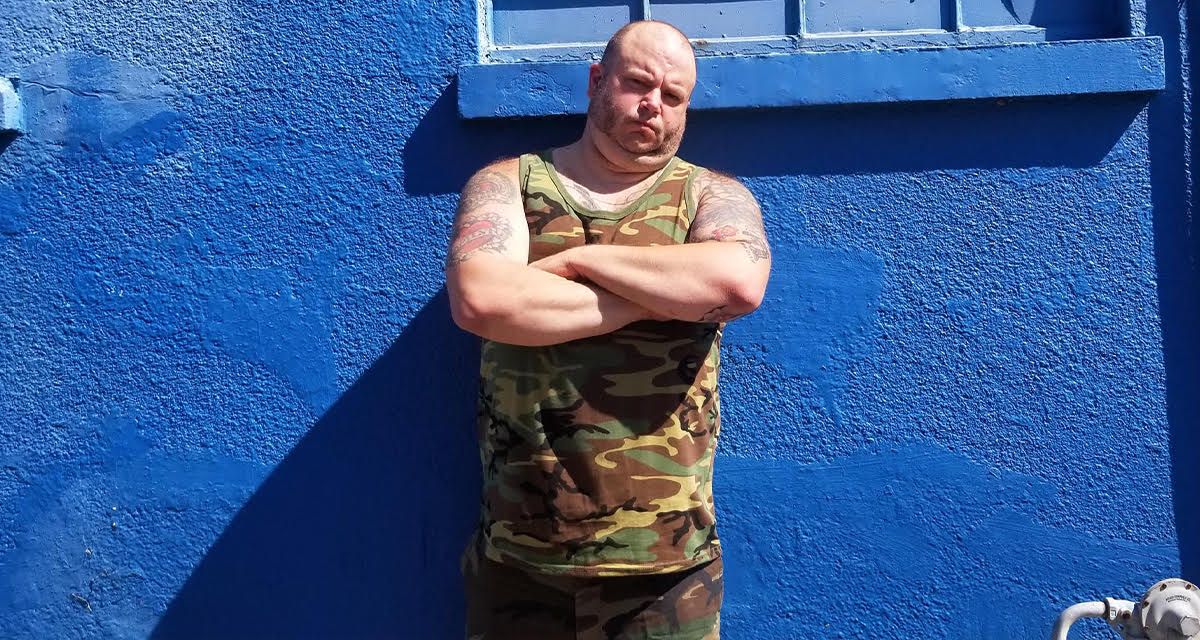 ROCHESTER, N.Y. — Storm of Justice vocalist Thad MacDuggin’s camouflage clothing and short-cropped hairstyle led to him being thanked again yesterday for his service despite his never serving in the military.

“I honestly don’t know what the hell is going on. Our ‘Read Us Your Rights’ 7-inch must really be blowing up,” MacDuggin said as he layered his tactical camouflage jacket over a desert camouflage shirt. “I’m getting high fives and salutes everywhere I go: people let me cut ahead in line at the bank, Applebee’s hooked it up with free appetizers, and every cop I’ve seen today gave me a little head nod. The weird punk chick who smokes cigarettes outside Coffee Connection even called me a murderer — she must have caught our set at Down for Life Fest, where that one kid was taken away in an ambulance after a botched stage dive.”

Ricky Grossman, a longtime friend and touring partner, admitted that he’s annoyed by the attention lavished on MacDuggin.

“The fact that anyone would think Thad a soldier is laughable — the dude can’t even make it through two songs without getting winded, and he refuses to help us load our gear because he’s afraid of scuffing up his Air Maxes. I love the dude, but he’s low speed,” said Grossman, an actual, active duty U.S. Army reserve officer. “The only time I’ve seen him do anything close to a push up is when he got down on the ground to search for a few Skittles he lost under the couch in our practice space.”

Fellow singer Scott Vogel of Terror, known for sporting a similar militaristic aesthetic, has maintained a similar aesthetic and reaped the benefits for decades.

“About a year after Buried Alive called it quits, I somehow managed to finagle V.A. healthcare. I always made it clear that I was nothing more than a ‘scene vet,’ but I’ve been covered for almost two decades,” said Vogel. “They even paid for my college. The only issue I ever had was when I got a letter saying I was being shipped off to Afghanistan. I immediately booked a Canadian tour for Terror. Fuck that shit.”

MacDuggin’s regular, free cups of coffee can most likely be attributed to the fact that he drives around town in a decommissioned fire truck.