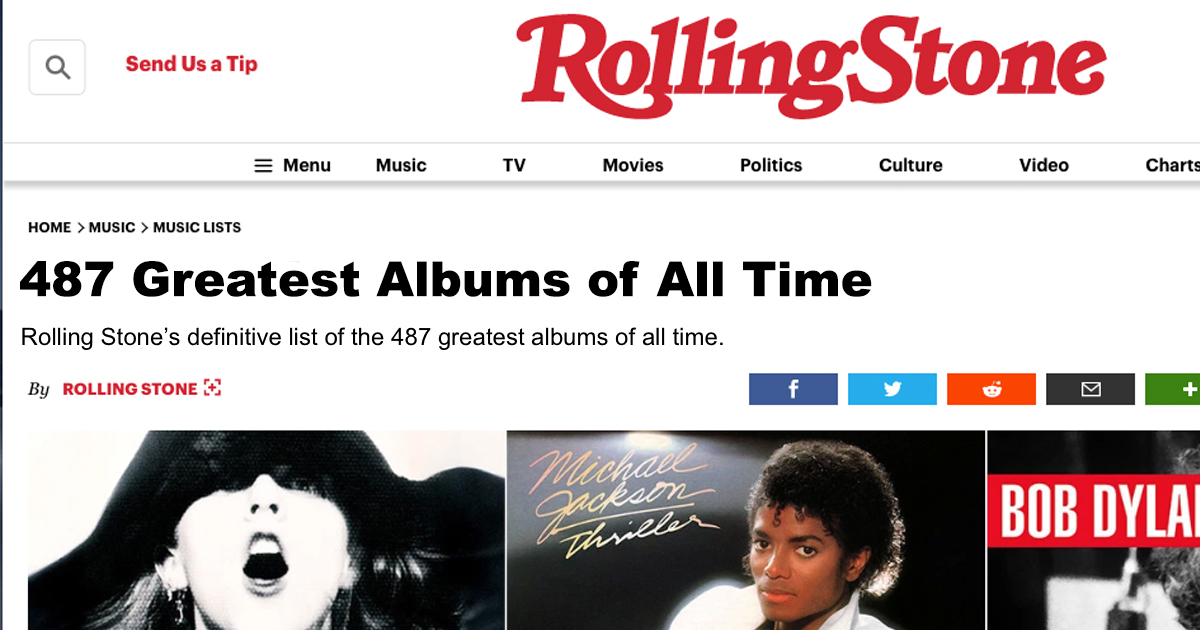 NEW YORK CITY — Rolling Stone magazine announced today it would be scaling back the latest version of its popular special feature, merely ranking the top 487 albums of all time.

“Sadly, this is just a sign of the times,” said Jann Wenner, co-founder and publisher of Rolling Stone magazine. “We really took for granted how long we could give full funding to a few dozen people sitting around ranking the same Bob Dylan and Fleetwood Mac albums every few years. This time, we were forced to hire a few less music critics and insiders — there was just no way we could take on a number as big as 500. Maybe in three years when we do this again we can get back up to that arbitrary number… but I’m afraid it’s just not feasible this time around.”

While smaller staff and a quicker turnaround time contributed to the downsizing, working conditions for reporters and musicians have reportedly declined drastically this time around.

“Last time we did this, there was a girl who brought us snacks and printed out the names of every Bruce Springsteen and Eric Clapton album,” said returning list contributor John Mayer. “But this time, there’s just a coffee pot and a water cooler… and we have to look everything up ourselves. I feel like I’m in prison!”

Though many say that publishing lists and special editions are merely the print equivalent to digital clickbait, Rolling Stone staff insist this stripping of budget and resources is indicative of a larger attack on print journalism.

“If we can’t do all 500, then the press is dead…and with that, the first amendment and everything our founding fathers stood for,” said Wenner. “Do you want to look Elvis Costello in the sunglasses and tell him he only got three albums on [the list] this time? I sure the hell don’t. It’s an absolute disgrace.”

Following the publishing of the truncated list, Wenner revealed he would get straight to work on the magazine’s next special feature, “The Top 96 U2 Songs of All Time,” expected to be available in stores next month.