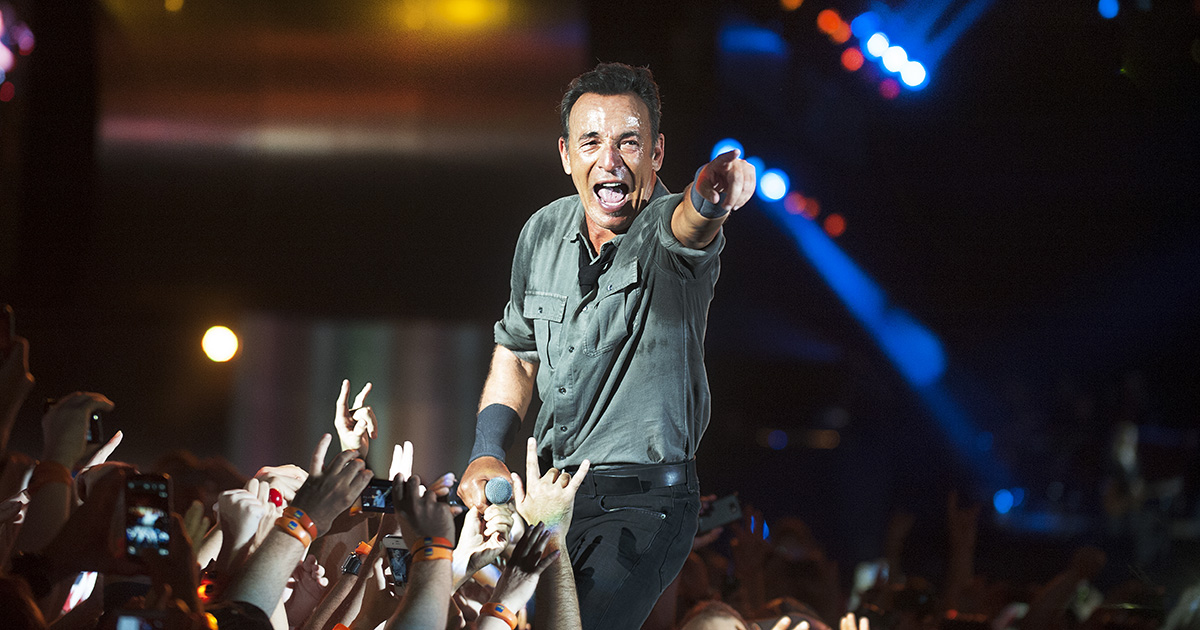 NEWARK, N.J. — Beloved blue-collar icon Bruce Springsteen surprised fans in his native New Jersey by announcing a special one-night-only celebration in the middle of a work week, confirmed multiple sources wishing it could be pushed to a Friday or Saturday night.

“My husband knows how much I love the boss, but when I found out he spent $175 dollars a piece on tickets, I started to panic,” said Deborah Howe, a senior operator at a local HVAC parts manufacturer whose husband surprised her with tickets. “I’ll have to put in overtime every weekend for a month! Not to mention I can’t call in sick the next day, I’ve got all my vacation time burnt up for my sister’s wedding in June. But screw it, this will all be worth it to see Springsteen. I have this fantasy he will bring me up on stage to dance, but our tickets are in the nosebleeds to that would be a stretch.”

Longtime department supervisor Gene Black expressed his concerns with how he thinks the ridiculous hours will affect his department’s production numbers.

“When I heard the commotion on the floor about this stupid concert I immediately braced for the barrage of call-ins and time-off requests. A few years back, Bon Jovi played a show at a nearby county fair and the turnout the next day at the plant was damn near non-existent,” said Black. “If Bruce were actually a man of the people he would play a show during everyone’s mandatory one-hour lunch break, and then play an encore during their 15-minute afternoon break. This late-night crap is going to jack everything up.”

The Boss himself took time from comfortably watching mechanics work on his tour bus to talk about the concert.

“You see, I love doing this because I’m just like the common folks,” said Springsteen while enjoying imported caviar on his $1,000,000 tour bus.”I gotta get out there and put my face to the grindstone to earn an honest living too. These weeknight shows are my way of giving back to the community. I slum it with all these mouth-breathers and pull in a cool six figures during the middle of the week and then really cash in by playing a Vegas show on the weekends. I love this country, and I love the people that keep paying top dollar to see me.”