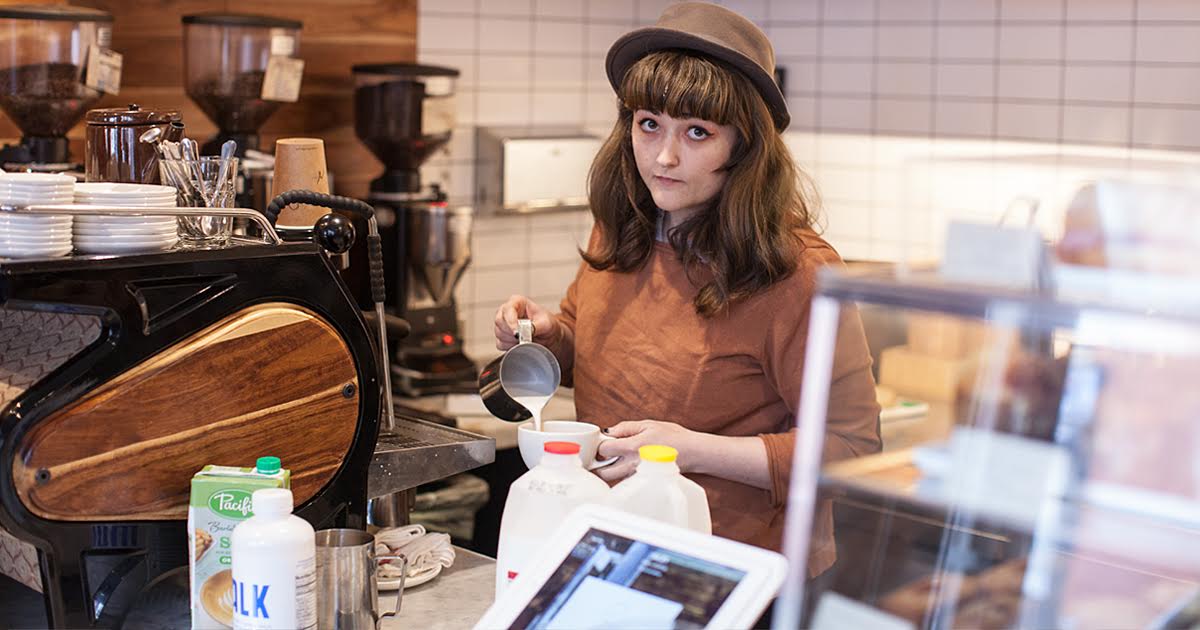 Leroy, a painter and sculptor who graduated Parsons School of Design in 2016, previously worked with oils, acrylics, pottery and screen printing — none of which she could see turning into a career.

“I was feeling pretty lost in the weeks leading up to graduation,” said Leroy. “I was planning out my final project in this Brooklyn café when this barista completely caught me off guard. When I saw what was inside the mug — a decorative autumn leaf over a double shot soy mocha latte — it was like the art was calling to me. I had to be a part of it.”

Leroy immediately sought full-time employment, and her manager claimed she took to the new medium quickly. It wasn’t long before Leroy began inspiring clients of her own, building a small-but-growing fan base. “I started by doing stuff I like to call ‘Latte Art 101.’ Hearts, rosettas, and etch spirals mostly. Occasionally a Winnie-the-Pooh,” said Leroy. “But once I honed in on my craft, I was able to step up my game.”

“After discovering Leroy’s work, this is the only coffee shop I will come to,” said Mishawna La Fontaine, one of Leroy’s first vocal supporters. “Sometimes, it takes up to four hours to get a latte, but it’s well worth it to see a master work.”

Despite the buzz surrounding milk-based creations, art schools in New York have been hesitant to add dairy courses into their curriculum.

“One of the most crucial parts of creating art is that you don’t make any money,” said Erin Stein, Head of Administration at Parsons. “The term ‘starving artist’ is something we take very seriously here, and it’s a hard goal to maintain when your chosen medium is fatty lactose. Earning upwards of $7 per coffee, latte art students could almost pay the tuition at this school, which tends to cheapen the college experience.”

Leroy hopes to inspire more college grads seeking work in the barista canon. While there’s not one universal uniform for a person looking to become a milk artist, Leroy, considered by many to be the “Matisse of Milk,” recommends owning a few beanies and randomly mentioning William Faulkner to get the ball rolling.

“I’m not saying my medium is better than anyone else’s medium, but I’m doing a hemp milk portrait of someone’s dead grandmother today,” said Leroy. “I don’t know how many artists can say the same.”