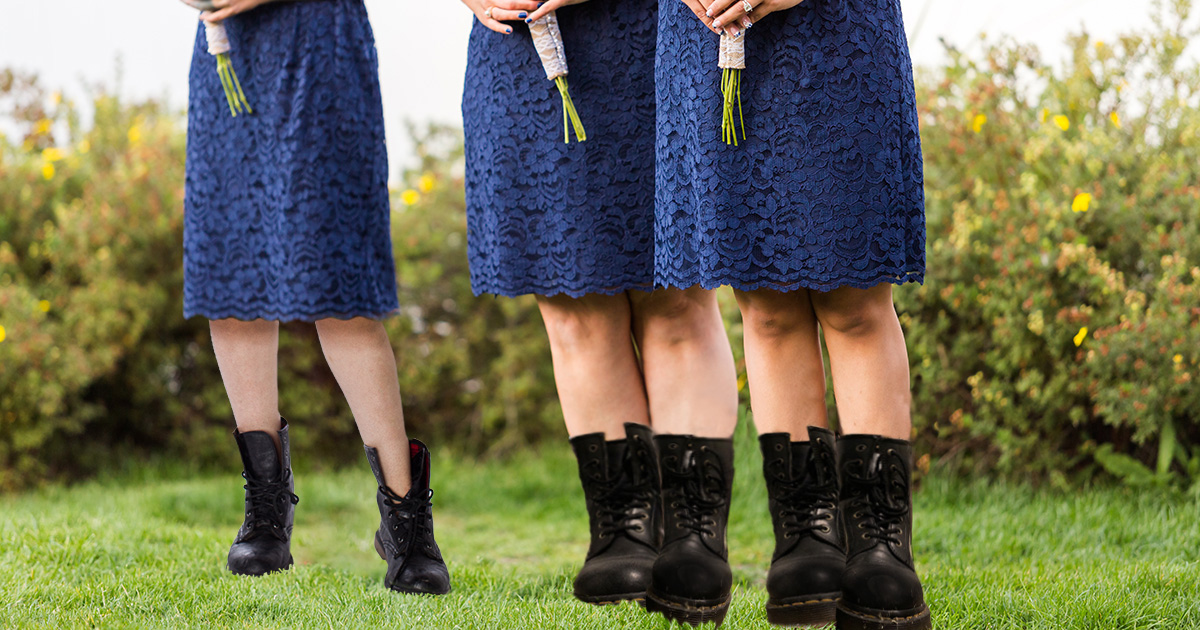 “These were going to get returned, until the bride wrote ‘Skate or Die’ on them with a fucking whiteout pen,” Snyder shouted, pointing to the boot she’d slung onto the bar after demanding that the bartender serve her something other than a tallboy during the wedding’s reception. “Now they’ll either get donated, or I’ll keep them in the back of my closet for the next time my niece visits and wants to play dress up.”

Punk bride Daniela Aguilar confirmed she knew Snyder would have a more difficult time getting into the spirit of a punk wedding than the other bridesmaids.

“When I asked her if she’d be in the wedding party, she said, ‘Of course, even though I know you’re going to do something crazy like make us all wear lavender Converse,” Aguilar said. “I didn’t have the heart to tell her.”

A months-old Facebook group thread devoted to Aguilar’s wedding plans revealed that Snyder had repeatedly asked if there was any “wiggle room” on the shoe policy, pointing out that Doc Marten sells floral print boots.

“I wanted them all to have something they could wear again,” Aguilar explained. “If you get the floral print docs, you’ll pretty much only be able to wear those at weddings and balls and shit, right? So the standard eight-eye was the obvious choice… this way they can wear them on a date or a job interview or something.”

Indeed, other bridesmaids held fewer grievances over the bride’s request.

“Honestly, I’m just happy to take part in Dani’s big day, but I’m also kinda pumped to just have any shoes again,” said crust punk bridesmaid Gia Mae. “By the way, if anyone could give me a ride to the lantern lighting thing after the reception, that’d be much appreciated — I can totally throw down a few bucks for gas or go halves on a bowl or whatever.”

At the reception, Snyder reportedly changed into strappy heels to be more comfortable.