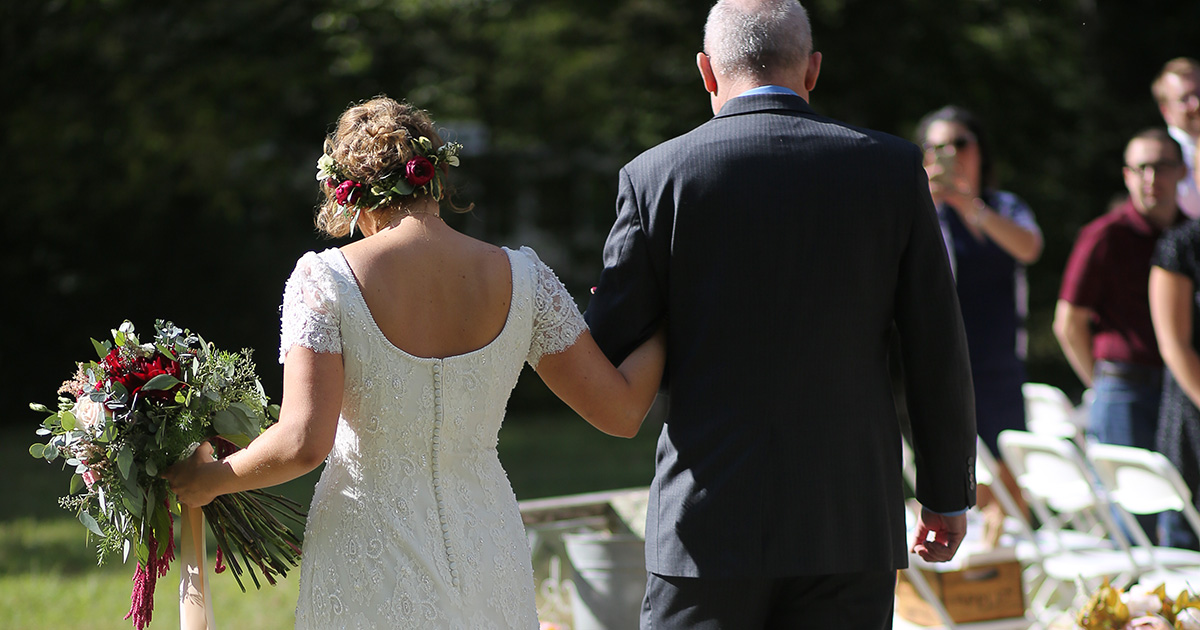 ANN ARBOR, Mich. — Guests attending the wedding of Michaela Hill and Carlos Gibson were forced to admit to themselves that the bride, far from looking beautiful, looked like “complete shit” during her wedding on Saturday.

“I always took it for granted that my daughter would look beautiful on her wedding day. I couldn’t have been more wrong: between her frizzy, out-of-control hair, clown-like makeup, and the stained-tablecloth thing she apparently thought would pass for a dress, I can honestly say I’ve never seen a worse looking bride in my entire life,” said father of the bride Clyde Hill. “It was so bad that I actually started feeling self-conscious about how ugly I must be if that’s what my offspring looks like on her wedding day.”

Even the 26-year old’s bridesmaids expressed shock and dismay at the repelling appearance of the wife-to-be.

“It’s frustrating, because our only real job is to stand there and not be prettier than her, and she made that utterly impossible. If she smelled even half as bad as she looked, everyone in the room would have been throwing up,” said maid of honor Elena Pittman. “She would’ve been better off if a thunderstorm broke out before the vows, and then someone started doing donuts in a field and sprayed everyone with mud. At least then everybody would look like shit, instead of just her.”

While some blamed society for creating the expectation that every bride must look beautiful at her wedding, others directed their anger to the woman responsible for ensuring the night went smoothly.

“Look, I don’t know why everyone’s blaming me. It’s not like I told her to go with those ghastly camouflage stilettos or that heinous fox fur veil,” said the couple’s wedding planner Christina Hyde. “In all my years doing this, I’ve never met a bride with such blatant disregard for her guests’ eyes. It’s hard to believe nobody spoke up when the minister asked if there were any objections.”

At press time, Hill and her new husband were being sued by the minister who officiated the wedding on the grounds that they tricked him into forging an unholy union with the physical embodiment of bad taste.