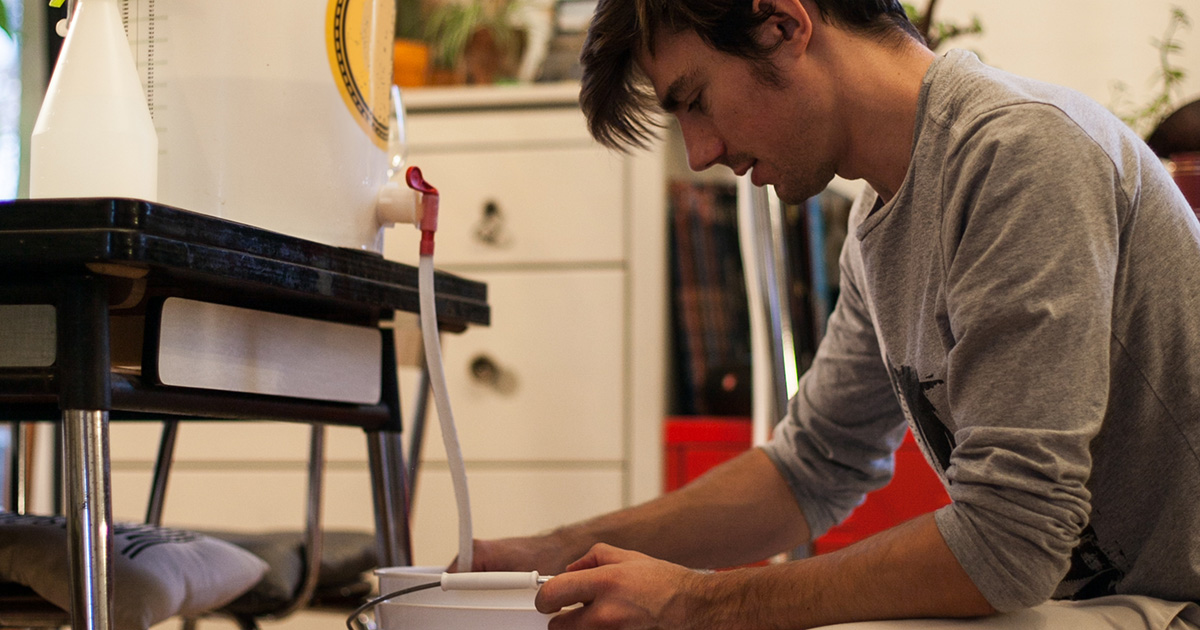 CHICAGO — Area hobbyist Keith James spent the majority of yesterday evening referring to his solo operation as a “Brewing Company,” moments after serving a mediocre home-brewed IPA to a group of unsuspecting friends at a party, sighing sources reported.

“I take my role as Founder, CEO, Marketing Coordinator and Chief Brewmaster of the Fine Grain Brewing Company very seriously,” said James. “It’s my job to oversee important company equipment, like the kettle and the fermenter. Not to get too technical for the non-brewers, but those are two integral pieces of equipment in the brewing process. Our company’s latest beer is a combination IPA Milk Stout with bits of ham that we call the ‘Canadian Voyage.’ It’s the best thing me and the company have made in our three long months of brewing experience.”

Longtime friend Gwen Bax said that they’re partly to blame for making James think that he was a competent home brewer.

“What was I supposed to say? ‘Hey Keith, your beer tastes like a hot tire?’” said Bax. “I knew the guy had blown $2,000 on brewing equipment, so I decided to cut him some slack and wait until he left the room before vomiting. Turns out that I created a monster, because the next day he asked me to follow his ‘brewing company’s’ Instagram page. Last time I checked, a ‘company’ involves multiple people, not just one 39-year-old guy beginning a mid-life crisis in his garage. I know he’s not going to take it well when someone finally criticizes his beer. This is the same guy who called Spotify about his indie album’s low stream count after all.”

Local woman Abby Marks said that she and friends became ill after buying beer from James.

“I saw the Fine Grain website and thought ‘this looks so professional,’” said Marks. “I ordered a few cases of beer and Keith delivered them to the party himself. We thought it was a cute gesture, until we realized that he delivered the cases himself because he had to. Of course he stuck around to get our reaction too. When everyone started throwing up he got all mad and told us that we ‘had no respect for independent breweries.’ Goddamnit, all I wanted to do was support a local business, but I guess at least some guy in town made $46.”