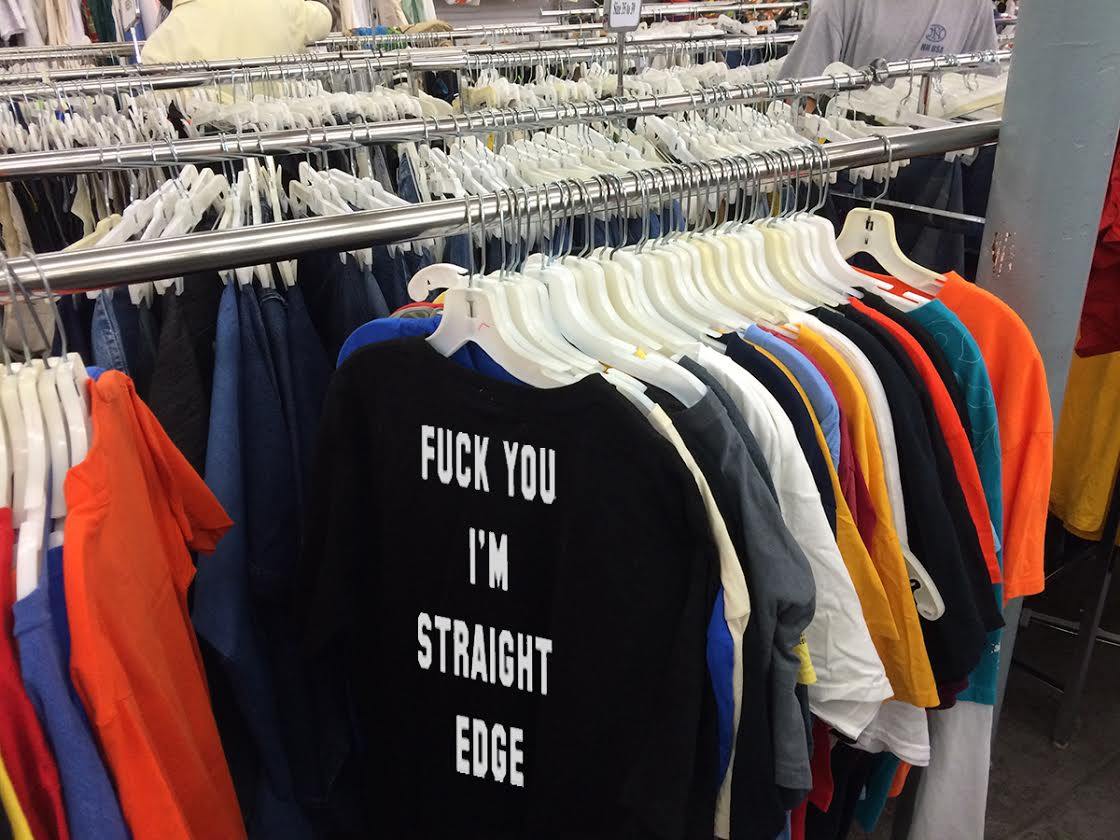 BOSTON — Straight edge clothing lines, known for their brash statements and flagrant use of the letter X, now outnumber straight edge kids, according to a new study published in quarterly science journal TRANSLUCENT.

“This study seems to be legit, it was even peer-reviewed by Choke, Ian Mackaye, and Jeremy Baxter — a dude from Richmond claiming to be straight edge for the summer,” said Timmy Klein, owner of United Edge Clothing. “There is now definitive proof of an increasingly unbalanced relationship between the straight edge kid population and the number of X-shaped cufflinks released through Instagram- and Tumblr-based clothing lines. Which sucks because I have this awesome new long sleeve design with a giant X on each shoulder.”

Despite heavy criticism, the author of the study, Ellie Rodriguez, says that concerns about the methodology of her research are off-base.

“We had a talented team of scientists and social media experts scrolling through the #StraightEdge hashtag eight hours a day for a month. And as a control group — to better understand how the average, non-straight-edge American lives — we had another team observing the #kidrock hashtag, both groups have a lot of pride and a lot of spelling mistakes,” said Rodriguez. “Honestly, most of the criticism of our study isn’t about how we gathered our information, but rather based in a historic subcultural belief that boils down to ‘Girls can’t be straight edge,’ so I should just shut my mouth.”

The effects of Rodriguez’s study are already being felt throughout local communities, especially at second-hand stores like Thriftville on Newbury street.

“Guys with big plugs in their ears and covered-up tattoos keep dropping off garbage bags full of black shirts and basketball jerseys with the words ‘DrugxFree’ on them,” said Susan Beeman, the manager of Thriftville. “We made a section for this ‘Straight Edge’ brand, but I’ve had to start turning down these kinds of donations because we just can’t sell the clothes despite the fact the shirts seem brand new. I mean why would anyone want shoelaces that say ‘One Life X Drug Free’ on them?”