BREAKING: Merch Booth Conversation Got Awkward at Least 30 Seconds Ago 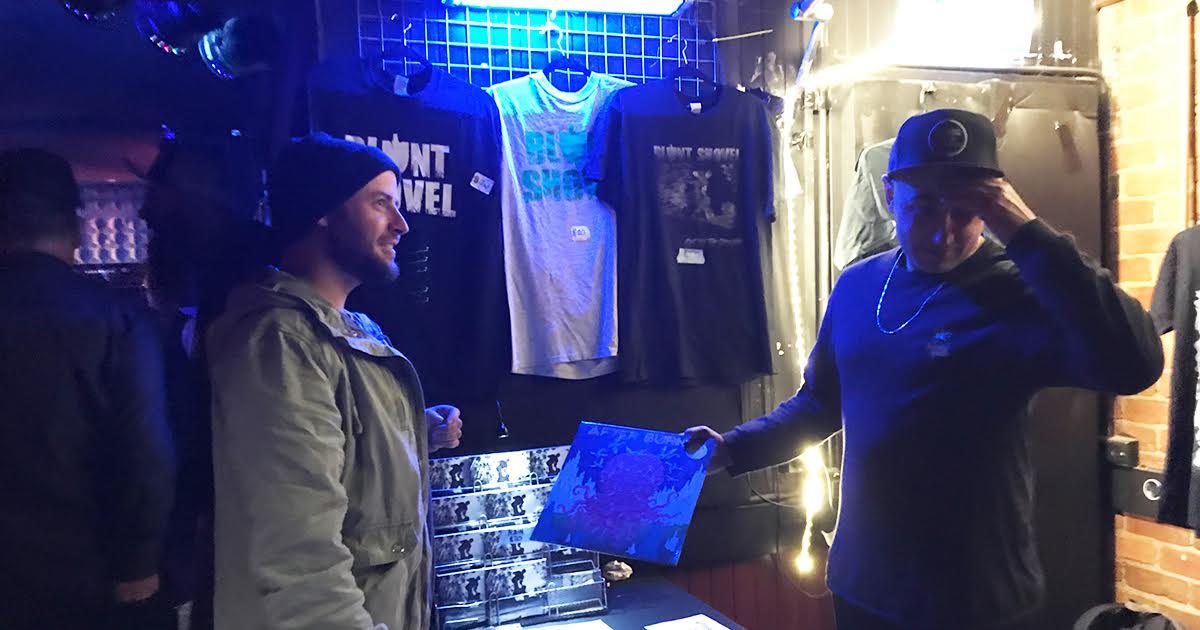 “He was already queuing up before we’d even sat down after our set,” said Ghost Summit singer/guitarist Adam Quayle, “even though there were only, like, three or four people milling around. He flipped over a couple records, glanced back up at the T-shirts, and launched right into a question about a Youtube video from some show we played six years ago.”

Friends of Pope claim he’d looked forward to interacting with the band for weeks.

“Everyone knows he’s a big fan,” said friend and witness Melissa Rodriguez. “I mean, he’s got that album art tattoo on his arm, and he keeps, like, half-hiding it behind his back, but then leaning in with it onto the merch table? It’s like he can’t decide if he wants them to notice it or not. He already has all their albums. So all he can really buy are more T-shirts or like stickers and stuff.”

Band members admitted they were annoyed by Pope’s line of questioning.

“He actually asked how my mom was doing,” said drummer Jessica Johnson. “I think I tweeted something about her having a cold when I was back home for Thanksgiving. It’s sweet, I guess, but… I mean, it was just a regular cold. He went on and on about how this has been a really bad flu season and made a joke about me eating ‘turkey drumsticks.’ It was rough.”

Witnesses who didn’t know Pope before say it was one of the more uncomfortable merch table interactions they had seen.

“I was waiting behind him,” reported fellow fan Frank Graham. “And, you know… it was just kind of dragging on and on. He asked them what gas mileage their tour van gets when its fully loaded with gear as opposed to when it’s empty. They gave me one of those looks over his shoulder, like, ‘Sorry.’ Yikes.”

Leaving the merch table after five long, increasingly uncomfortable minutes, some claimed Pope was already making notes for next time.

“Did you see that other guy asked them to sign something?” Pope said, exiting the venue. “Thank god I’m not one of those weirdos.”