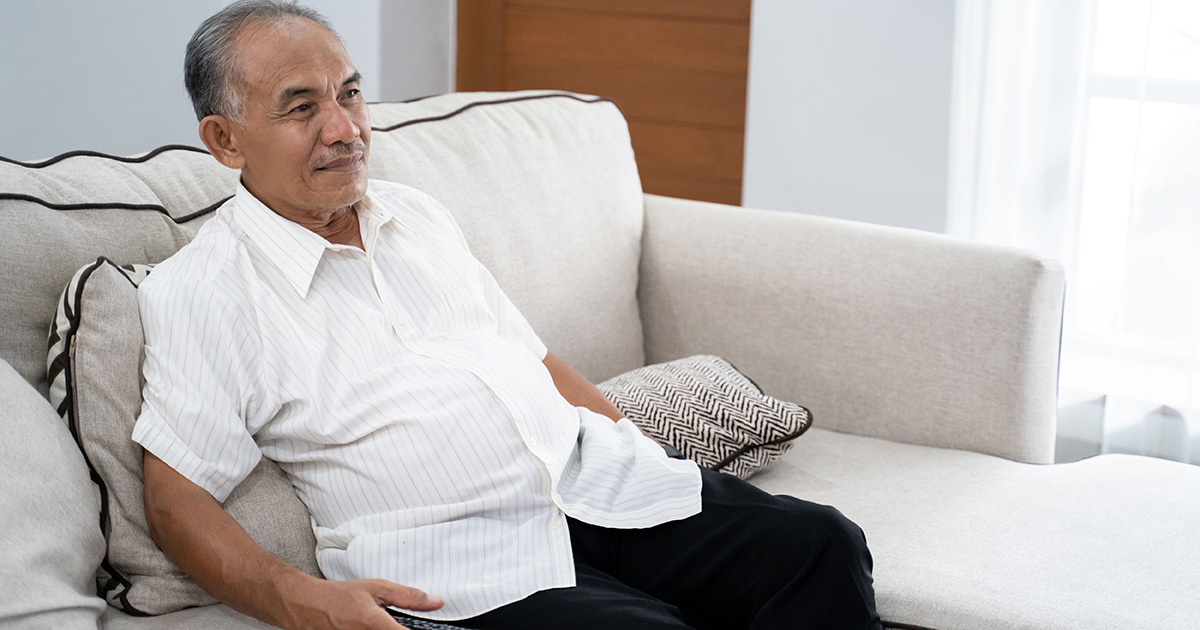 “For the first time in years, we were having a decent conversation over tea after dinner,” said daughter Alyssa Vuong. “I finally felt comfortable enough to talk with my aunt about some of the struggles I’ve been having recently, and she even opened up to commiserate with the experiences of her youth. But then a GEICO commercial came on — the one with the camel at the office — and my dad yelled for everyone to ‘come look’ and turned the volume almost all the way up.”

“I totally lost my train of thought after that,” she added. “I just sat and watched the rest of cut-for-TV ‘Lethal Weapon 2,’ which we have on Blu-Ray. I have no idea why we were watching it with commercial breaks in the first place.”

According to Banks’ ex-wife, this has been occurring more and more frequently over the past few years, jumping by about 80% during football season.

“It was getting to be too much. I never knew when he was talking to me or reacting to the TV,” said ex-wife Kyleen Porter. “When it came to the divorce, we could barely get through our legal meetings without him interrupting the lawyer to say he thought the billboard outside his office was clever, even though he saw it every time, and said the same thing each time we went there. It’s concerning, really. He needs to seek help.”

Advertising executives claim their target demographic of dads, pop-pops, and guys who aren’t technically married into the family but have been around since anyone can remember, is one of the most distractible and therefore most lucrative.

“Nothing holds a candle to the performance of the dad demographic. We yield such high profits through those campaigns to want to explore anything else,” said Damien Kirkley, CCO at Rolling Boulder Media. “Sure, it’s a shame that it might damage some families due to the focus shift from loved ones to a shitty commercial, over and over again, minute to minute. But it’s not as bad a shame of missing out on hitting those sweet, sweet record-setting profits.”

Mr. Vuong was too preoccupied with chortling at a State Farm commercial to comment.