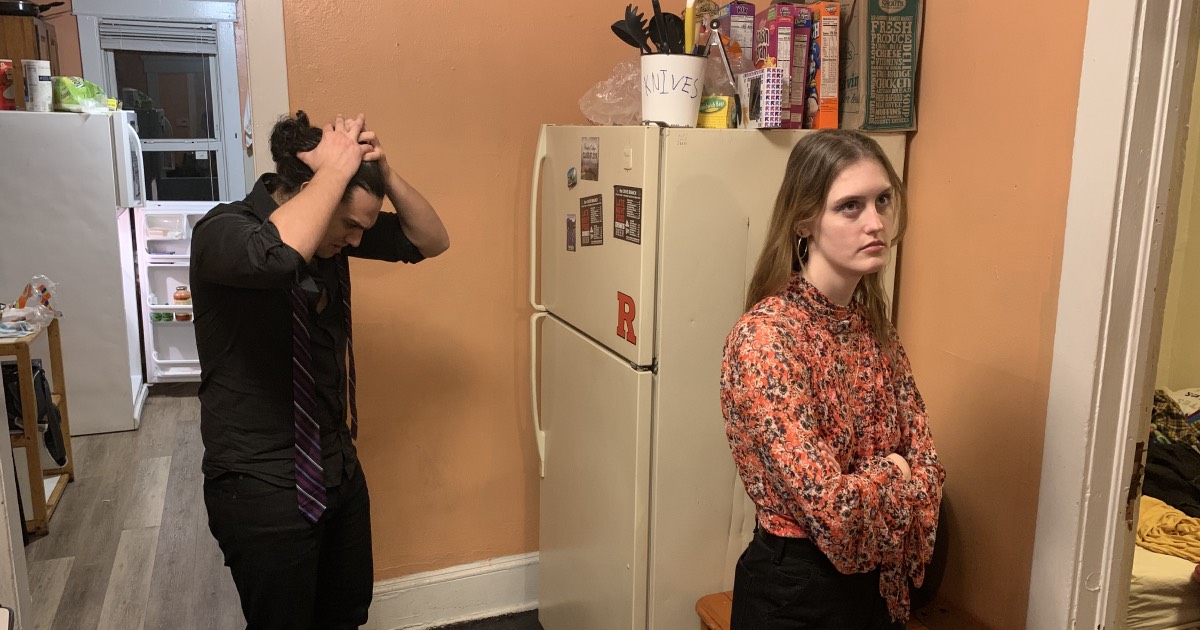 AUSTIN, Texas — Local ex-boyfriend Sergio Matthews offered a convincing argument as to why he doesn’t need therapy by pacing around his girlfriend Mallory Speers’ kitchen and eventually assaulting her refrigerator, according to sources who have been here before.

“He’d been talking so much lately about how he was struggling — he keeps getting stuck in the same dead-end jobs, he has recurring dreams about his dad, and he can’t afford the payments on his new guitar, so I suggested talking to a professional because I care about him and want to see him succeed,” Speers recalled while sipping chamomile tea. “It just escalated so quickly from there — one minute we’re on the couch sharing our favorite memes, the next he’s standing in the kitchen pacing around and screaming, ‘I’m not yelling!’ over and over.”

When asked how she handled the incident, Speers offered tips she’s picked up over the years.

“I mean, my dad is a white boomer from New England, so I’m kind of used to seeing bottled up stuff spillover from time to time. Plus, I work in the service industry, so I’m no stranger to smiling while getting yelled at for something out of my control, but at least I get paid for that,” Speers said. “To be honest, I just wish I did more to save my fridge — the ice dispenser worked like a dream on that bad boy.”

Appliance professionals confirmed that the damage done to refrigerators, remote controls, and hall closet doors at the hands of emotionally stunted men is not uncommon.

“Appliances get impaled by foreign objects all the time. If I had a dollar for every washing machine kicked by some guy who’s been asked to take a serious look at his inability to commit to someone he’s been seeing for 10 months, I’d be a goddamn millionaire,” stated Maytag representative Chuck Jameson. “Maybe your favorite sports team lost, you ran out of milk, or someone just changed the thermostat while you were in the bathroom — there are lots of good reasons to stab your fridge. It’s just too bad they don’t make ’em like they used to.”

Jameson also wanted to remind customers that the company’s warranty only covers appliances stabbed with other Maytag products.