Bong Embarks on Six Person Tour Starting in Back of Van 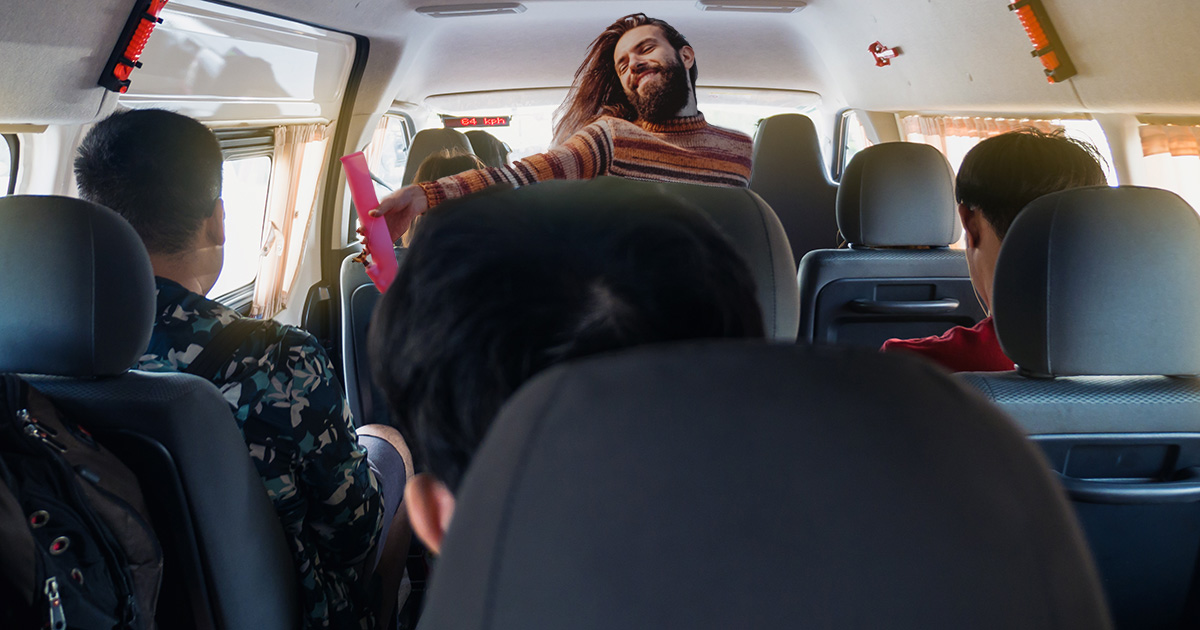 “Everyone usually brings an eighth of weed with them to van call,” said bassist Frank Torino as he unearthed a perfectly snug bong out of a trombone case. “The bong will take a pretty simple route, going in a straight line from the front seat to the back, and then heading counterclockwise and returning to the front… but, just in case something goes wrong, I mapped out an alternate route for this bad Larry to take as well.”

After two successful stops, the bong showed no signs of slowing down, even reaching its third destination ahead of schedule.

“I can’t believe how well the last two stops went,” exclaimed frontman Steve Jepson, sitting three benches from the back. “Frank has a tendency to schmooze after his turn, which always sets back the bong’s departure time… and our keytarist Chet usually rips it so hard he hands it in the wrong direction and the bong ends up in the middle of nowhere.”

“We have a sub on this tour, so I want to show him that we’re not only professional, but punctual, too,” added Jepson.

However, Josh Kaplan, who agreed to fill in for the band’s regular drummer, was having second thoughts on taking the gig.

“These guys are fucking insane,” sighed Kaplan. “Like, I’m cool with weed and all, but these guys are on another level: once I got in, they handed me a 10-page packet entitled ‘Tour Itinerary’ and it literally — and I’m not fucking making this up — literally broke down the timeline, route, and routine maintenance I am expected to take part in for the bong.”

“All I wanted to do was go over the music, but now I’m high as fuck, wasting time on Instagram looking at pics of hot chicks eating food during their first trip to Europe,” added Kaplan.

At press time, all members of Nemesis Calling were asked to step out of the vehicle by police, and were escorted out of the Ford dealership and into custody.