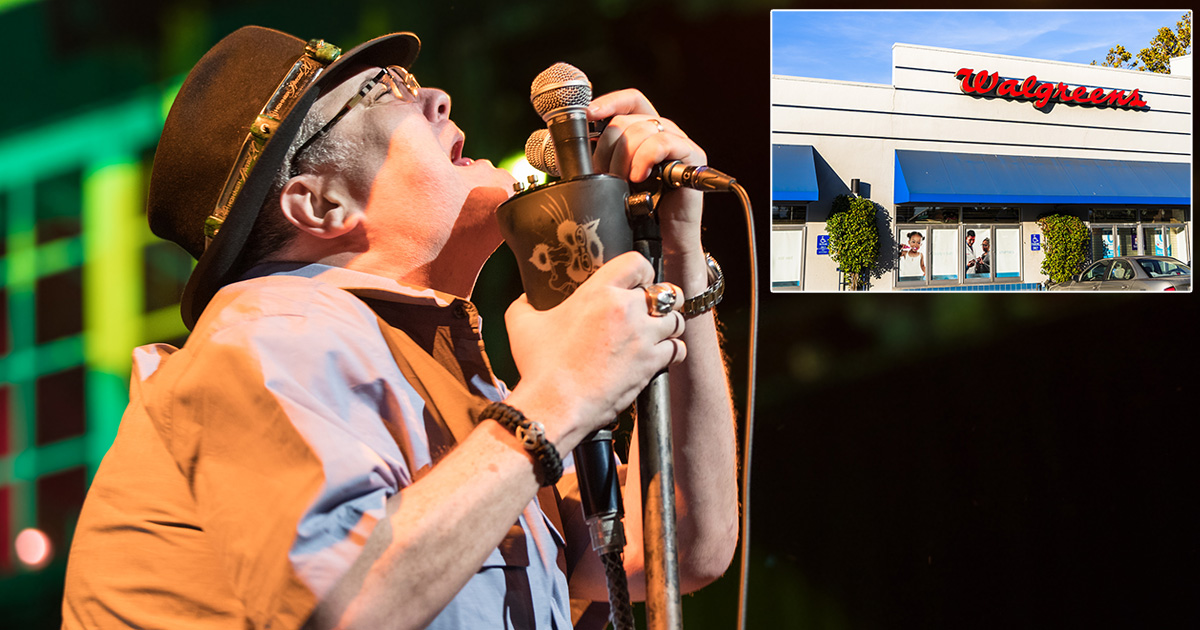 “This is the most recognition we’ve received since that sponsorship from that bootleg hacky sack company,” said John Popper, lead singer and harmonicist for the band voted 47th-most memorable performance at Woodstock ‘94. “Walgreens has always been a huge supporter of ours, and has unequivocally given us the most radio play in the country. In fact, a large portion of our active fanbase knows us exclusively from this place. It’s just a shame we’re more partial to getting our over-the-counter drugs from CVS. But hey, we’ll take what we can get.”

Customers of the second-largest pharmacy store chain have noticed the frequency of hearing the band’s hit while shopping.

“I hear this damn song every time I step foot in this store… always thought it was Hootie and the Blowfish, though. It all just sort of blends together between announcements about being valued customers,” said customer Jerry Zackfield while standing in line. “I kind of remember Blues Traveling [sic] from the final scene in ‘Kingpin,’ but really only ever hear them nowadays when I’m picking up a prescription for my genital warts medication. And that’s when I know it’s time to put in my Airpods and play literally anything else.”

Experts have long criticized the sheer amount of awards given out today.

“The real prestigious halls of fame get muddied up by the influx of all these lesser ones, like the Walgreens hall, and the Rock and Roll Hall of Fame,” said music critic Rachel Cronerburn. “Literally anyone can start up their own hall of fame as a nonprofit organization and start dishing out bullshit recognition points. It’s great for mediocre bands, but bad news for legendary ones. It’s almost like every band you’ve remotely heard of in the 90s needs their own music participation trophy. As a boomer who prefers to withhold acknowledgement, I find it sickening.”

In related news, Rite Aid honored the Goo Goo Dolls with a lifetime achievement award for their rhythm section’s excellence in co-managing a store on Delaware Avenue in Buffalo, New York.