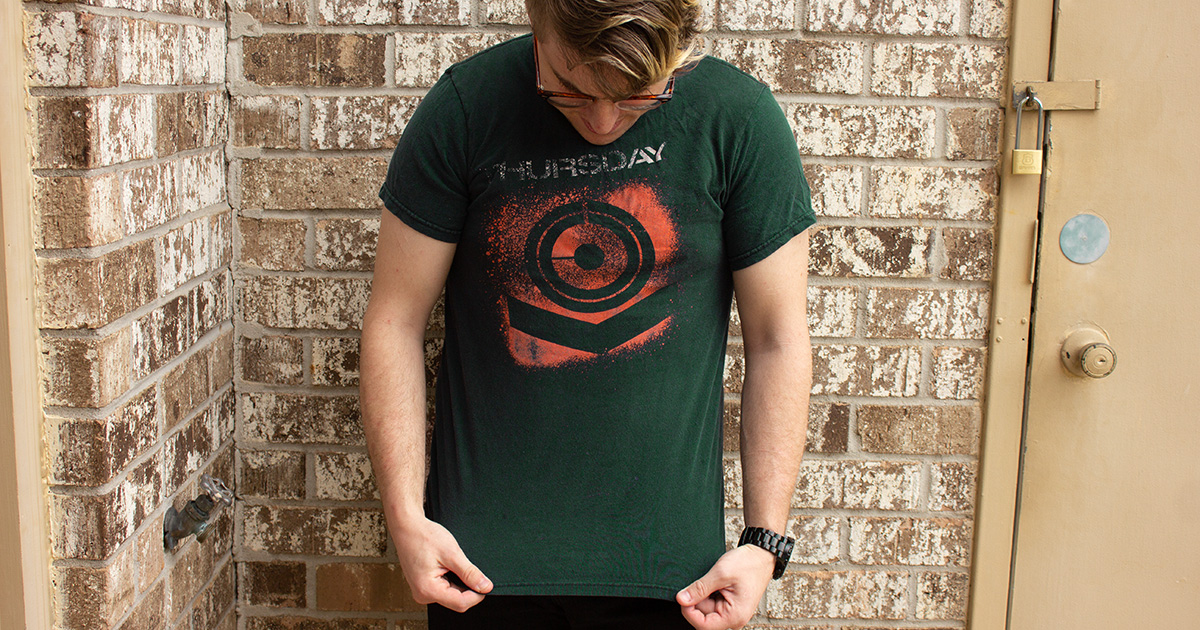 “This thing used to be as black as the night sky,” said Matheson, examining his now mossy-colored shirt. “I’ve had it for, like, 15 years — it’s been my favorite since high school. I know this is a natural part of a T-shirt’s journey, but it’s still hard to see it so faded and stretched out.”

Matheson’s shirt’s evolution was reportedly heightened when worn with his still-black jeans.

“He looks like a fool, to be honest,” said Matheson’s girlfriend Brianna Thomas. “And, really, people might not notice how weird the shirt looks if he’d wear literally anything other than black denim. He has a great pair of gray slacks he wears to family dinners at my parents’ house — they’d look fine with those.”

Naturalists specializing in T-shirts, on the other hand, say the vaguely green stage represents full maturity for black garments.

“That strange, off-green color is actually a mark of strength for an intact T-shirt,” said lead researcher Gregory Parks. “A shirt has to be highly valued, or really super cool, to make it to this stage without the sleeves being removed or being turned into a pile of rags.”

“Sure, the shirt has gotten sorta faded and tattered over the past decade and a half, but so has Ryan — he just isn’t the same spry teenager,” said longtime friend William Ford. “He grunts when he sits now, and eats antacids like candy when we get Taco Bell.”

When asked when he would finally retire the shirt, Matheson was evasive.

“I mean, yeah… definitely. At some point, I’ll stop wearing it,” he said. “But it has a lot of good memories attached, and still fits like I just bought it yesterday.”

At press time, Matheson was trying in vain to tug the shirt down enough to reliably cover his stomach while at the same time hiding the white stains in the shirt’s armpits.