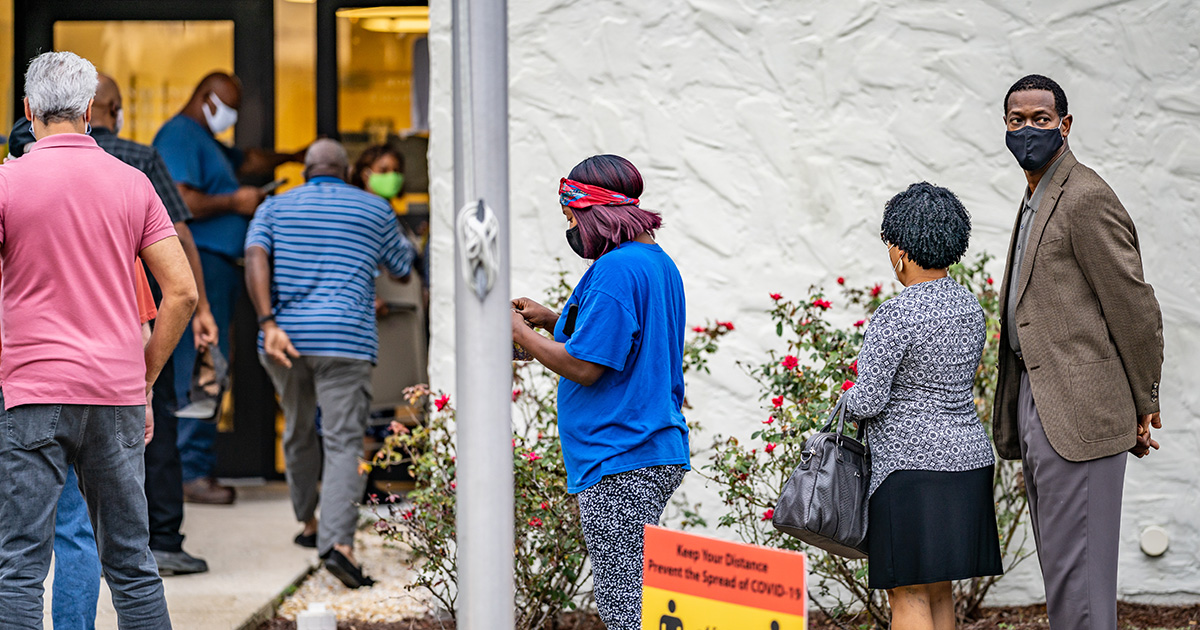 “It would’ve been nice to exercise my fundamental rights as an American, but at least I got some recognition,” mused Phillips, applying the sticker as he trudged back to his car. “Someone said these stickers will get you a free coffee at 7-Eleven — which doesn’t seem like a fair trade for this many hours of my time and a vacation day — but it’s better than nothing. I mean, my great-grandfather would have been mercilessly beaten if he stood in line to vote, so I guess this is progress.”

Tammy Leigh Bennett, a volunteer who helped distribute the stickers, had a similarly optimistic view.

“It’s so inspiring to see people from different minority communities wearing their ‘I Tried to Vote’ stickers. These people have been let down so many times by the American political system, but they’re still trying their best to take part in what we’re told is democracy, and it feels good to reward them,” Bennett stated. “Hopefully, these stickers will encourage other people to head down to the one polling station in their county and stand in line for hours while armed militia men yell slurs at them before eventually losing hope and going home.”

“It reminds us how lucky we are to live in this country,” she added. “People in Russia or China would kill for the opportunity to be denied the chance to cast a ballot.”

However, some would-be voters, like college student Jennifer Valdez, were not supportive of the promotion.

“It totally trivializes the act of trying to vote,” said Valdez. “I see people taking selfies with their stickers when their ID gets denied — it’s so narcissistic. You should spend your entire day off trying to vote because it’s your civic duty, not because you want clout on social media. I wish they would get rid of those stickers and hand out food instead, because a lot of the first-time voters forgot to pack a lunch.”

The hashtag #ITriedToVote is now trending on Twitter after several celebrities and corporate brands made posts celebrating all the people who unsuccessfully attempted to take part in this historic election.