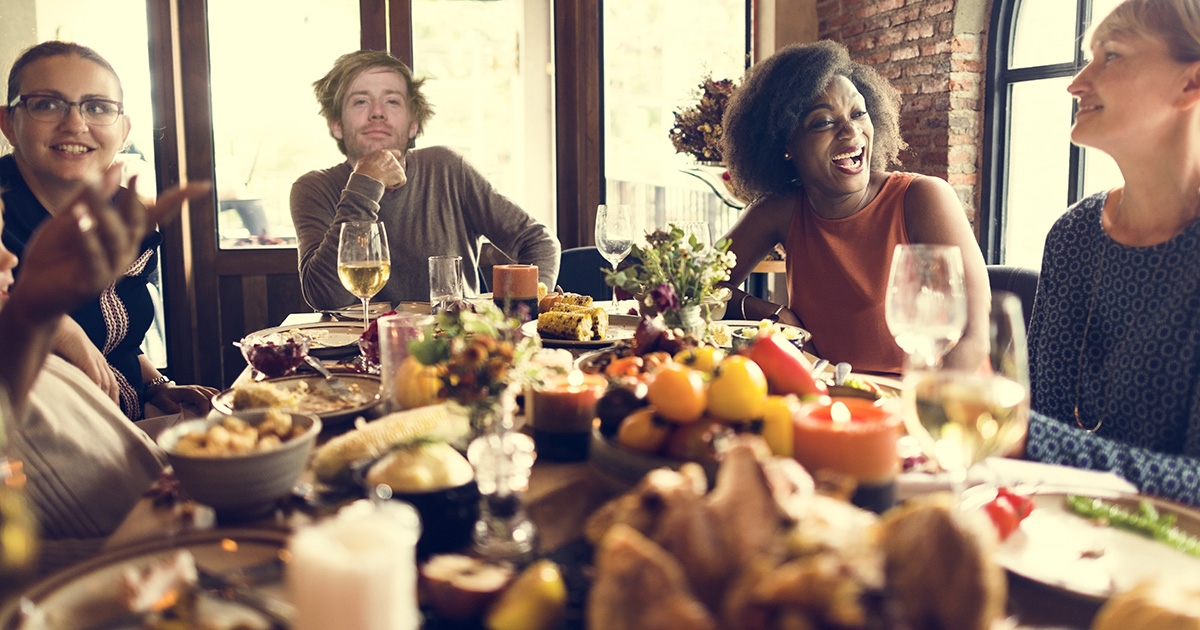 ALLSTON, Mass. — David “Big D” McWane, lead singer of Big D and the Kids Table, was asked to dine with the adults today at the annual ska-punk Thanksgiving dinner for the first time since the band’s inception in 1995, ecstatic sources confirmed.

“I’m pumped as fuck, dude,” said Big D, trying to contain his giddiness. “Getting called up to the adults’ table is truly the greatest thing a Boston ska band can hope for. But just because I’m here doesn’t mean I’ve forgotten those real motherfuckers still at the kids’ table — I’ve sat on those folding chairs. I’ve eaten off those paper plates.”

The dinner’s organizers, Ken Casey of Dropkick Murphys and Dicky Barrett of The Mighty Mighty Bosstones, said that Big D’s invitation was the logical conclusion of serious effort on the frontman’s part.

“We saw him showing a lot of maturity the past decade or so,” said Barrett, attempting to hide a gravy stain on his plaid suit. “His gang vocals got a lot more sophisticated, and it seemed like he finally wanted to tackle topics more befitting his age… instead of just singing about checkered vans, and how much his friends fucking rule.”

Big D and the Kids Table fans from Revere to Braintree reacted positively to the announcement — including 47-year-old ska kid Ben Pennington.

“It’s about damn time. Big D’s been on the scene since the ’90s, and it’s great to see him get called up to the bigs. To be a fly on the wall at that dinner… I’d kill my own mother just to sniff their leftovers,” said Pennington. “This dinner is very important to the Boston ska scene — especially since last year, when Jaya the Cat accidentally got out the front door and was run over by a truck.”

The dinner, though meticulously planned, was cut short when the police appeared unannounced, putting an end to the festivities. Those present were ticketed under a Boston law that disallows more than three ska-punk frontmen from gathering in the same place without a permit.