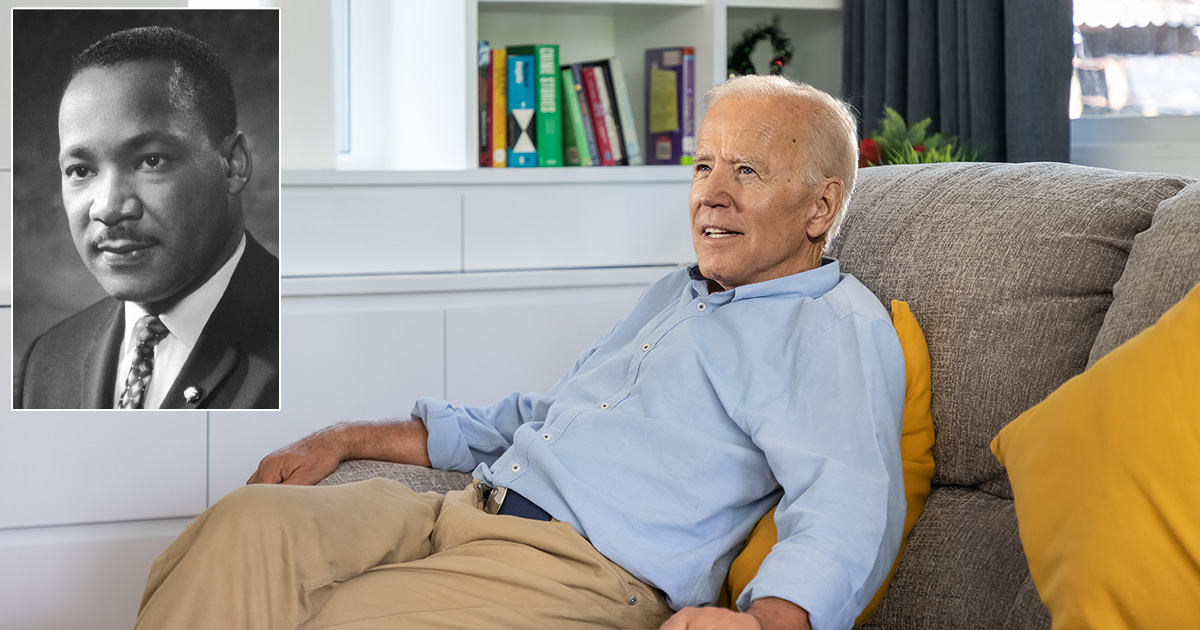 “There is still a tremendous amount of work to do to realize the vision of America that Dr. King dreamed of,” President Biden told a group of journalists gathered outside the White House, where he was spending the day off walking his new dog. “That will take a great deal of reflection and thought. I’m going to spend the day thinking of Dr. King very hard. And if I don’t feel that I’ve done enough reflecting, I might take the rest of the week off to ponder, mull, and consider. In memory of this great, great man.”

Jen Psaki shut down rumors that Biden’s schedule might include meetings with Manchin, Sinema, or other centrist Senators on the fence about voting rights legislation today.

“The President takes bipartisanship very seriously, and the idea that he would take a day dedicated to coming together as Americans, and sully that with political work is honestly insulting,” Psaki told the press pool. “Maybe you don’t really understand what MLK was all about. Americans from all walks of life are coming together to honor Martin by taking today to live up to his immortal words: ‘Live. Laugh. Love.’”

Nancy Pelosi, who spent the morning at an event with members of Dr. King’s family, expressed disappointment that Biden wasn’t pushing harder for filibuster reform.

“The road ahead for voting rights legislation, which he passed in the House, is uncertain in the US Senate, and frankly, I find it disheartening that Biden is taking the photo opportunities this day provides more seriously,” said Pelosi, posing behind Martin Luther King, III. “So Kirsten Sinema says she won’t change the filibuster—let’s change her mind! She loves a bold print. Imagine the optics. We can get Kyrsten on CNN in some kente cloth announcing she’s still considering the legislation. It would dishonor Dr. King’s legacy not to do everything we can to win the 2022 midterms.”

At press time, Biden was reportedly calling in members of the Secret Service, who were not given the day off, to clean up after his new dog, so he could focus on thinking of MLK.