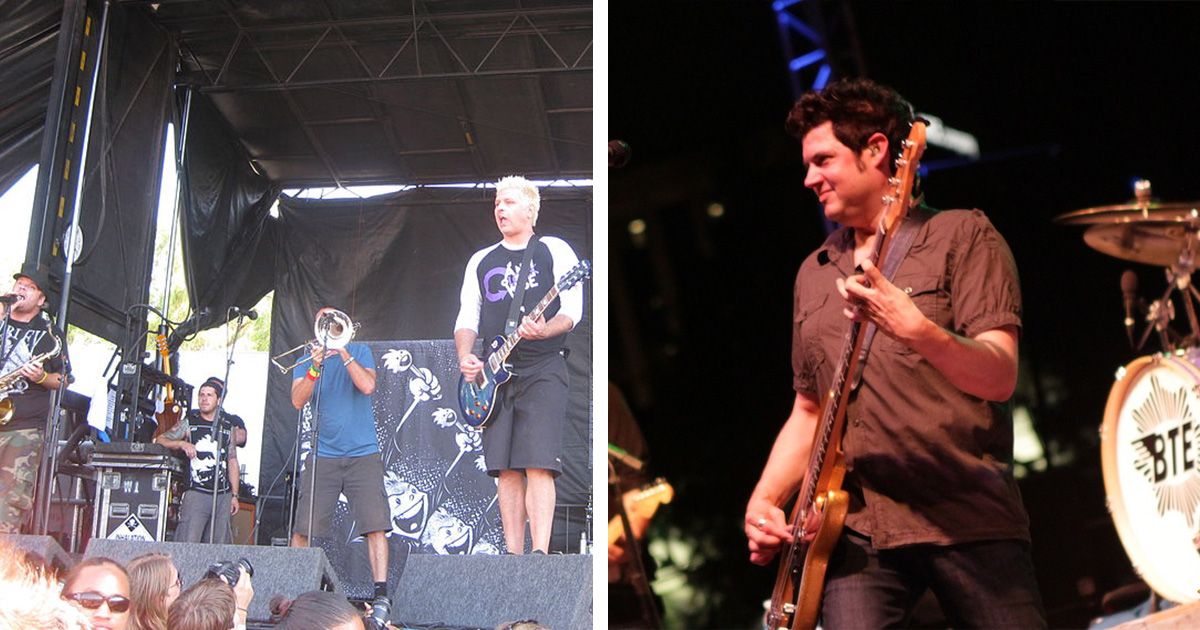 GAINSVILLE, Fla. — Iconic third-wave ska band Less Than Jake has formed a supergroup with 90s alt-rock band Better Than Ezra, with early reports suggesting that the resulting sound is “just, like… fine, or whatever.”

“I’m incredibly stoked at how acceptable this whole experiment is turning out to be,” said Better Than Ezra singer and guitarist Kevin Griffin. “I gotta be honest, I’ve always liked LTJ, but it just felt like they were lacking that extra little bit of Jake. And then as for us… I mean, we have all the Ezra we need and then some. But then you put us together in the studio, and it’s like, BOOM! Some real top-of-the-bell-curve type shit. You know what I mean?

Less Than Jake bassist Roger Lima confirmed it was in both bands’ interest to capitalize on the devoted-yet-waning audiences each group brought to the table.

“Despite what they say about fourth-wave ska, the fact remains that the Less Than Jake’s fan base is aging up, and lord knows Better Than Ezra’s audience draw has ‘seen better days,’” said Lima, using air quotes and seemingly mistaking Citizen King’s “Better Days” for a Better Than Ezra songs. “It made sense to pool our resources and see what hijinks we could get into — you know, ‘Golden Girls’ style. Florida represent!”

However, grizzled industry insiders are hesitant to share the same reserved indifference as the aloof fanatics who will follow these bands anywhere within a 15-mile radius.

“‘Supergroup’ is definitely a strong word. I’d say it’s really more of just a group. The only word I could truly use to describe them is ‘adequate,’ and even that is generous,” said music critic Andria Bosque. “They don’t even play ‘Good,’ the most popular song between the two of them — they basically just play Less Than Jake songs, and then finish their set with ‘One Headlight’ by The Wallflowers for some reason. Frankly, based on their set, I don’t know if Less Than Jake actually knows who Better Than Ezra is.”

Sadly, rehearsals have allegedly grown rocky, due to Less Than Jake’s insistance on including “Sex and Candy” in the set.

Correction: An earlier draft of this report inaccurately described the forthcoming collaboration as “anticipated,” when in fact it was simply “acknowledged.” The Hard Times regrets the error.